PSP vs DS vs DSi vs iPod Touch 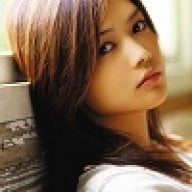 I lost my DSL on Saturday and I'm considering getting another DSL when they go on sale. However, the DSL is getting pretty old and it'd be nice to move up to the DSi. But then the DSi is pretty much useless in my opinion since the DSL and my phone does everything I need. Plus it's not like there's much DSi only games.

I did a brief search here and people are classifying the iTouch as a non-gaming device. That is true. However, I spend maybe 1/3 to 1/2 of the DS' lifetime watch dramas and shows on Moonshell. The iPod Touch and PSP would make watching dramas a lot better as the screens are bigger and can be viewed in widescreen format. They are also hackable, just like the DSL. There is the occasional playing music via my DSL, but I usually use my phone for that.

In terms of games, my sister just recently got a DSL for her birthday. The DSL has some pretty good games, but PSP seems to have better games, like they're more "fun" and action oriented as compared to DSL. However, I'm happy with the games that Nintendo offers. Plus, there's the occasional DS parties that we have with our friends.

All in all, what do you think?

P.S. I heard that the new PSP-3000 cannot be hacked. Even if they can be hacked, they can only be put into standby mode, thus I'd be forced to buying a used PSP instead? And is it possible to run DS game son PSP?

Okay I have all of those except the DSi. For me I tend to listen to music and watch movies more than play games. So I prefer the iPod Touch. (I love Apple products but no matter how much they try to say it, It is not a gaming handheld.) The battery life is pretty bad, playing games and watching movies I can get about 5 hours.

Between the DS and the PSP. I prefer the PSP (NOT THE GO) for the most part. I find the games to be better and it's an all around better media player. If I were you I'd consider the iPod or the PSP
P 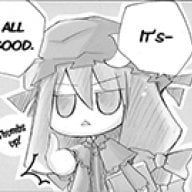 There was something I remember way back when that could play DS games on the PSP, but...it wasn't exactly good.

There isn't much reason to get a DSi when the DS is available. And PSP isn't all that great unless you put CFW on it. But it all boils down to what you want to play, exactly. You should take a look at the good stuff from both handhelds and base your decision on that.

Maybe I should've mentioned that I don't like Apple products as I see them as overpriced. However, I'm willing to put that aside for the iPod Touch and iPhone, as they're pretty much smart phones or multimedia handhelds that can be used for a variety of things.

By hacking, I meant jailbreaking for the iPod Touch, custom firmware for PSP, and of course flash karts for the DS. However as Popcorn stated, I don't see much reason to get a DSi. Yes a 3.25" or upcoming 4" screen is nice, but what good is that if the quality isn't good. As of right now, viewing videos on the DS can be a bit troublesome due to its small screen.

For the PSP, what kind of good stuff are we talking about? There's the general Final Fantasy series, Gran Turismo, God of War, etc. I'm not keeping up with the portable gaming scene and most likely know a lot less than half the regulars here.

I say save your money, since you're conflicting over the fact which to buy as far as media entertainment and quality goes.

I would have said go with the PSP but since I'm really not much of a Sony fan then my answer is void.

The Ipod Touch is good despite the sound quality at times, which I usually dislike about the Ipod Touch is when you going to watch movies, series, or episodes of something; you need to convert those files so they can become compatible with Itunes. If its like a drag and drop feature, then you don't need to worry.

I will say buy the DSPhat, the DSL is good but its not ruggedize (neither the DSPhat but it can absorb a lot of damage) even though if you find your DSL there will be something wrong with it which you might buy another one or a DSi.

Avoid the DSi at all cost, its nothing but a bad mixture of a phone and gaming device. Then Japan is coming out with a 4 inch DSi screen!? WTF Nintendo, stop pulling a freakin' Sony on us fanboys! =<

In all if you're looking for quality then buy the DS or an 1k or 2k PSP since they are cheaper and does last longer than the other newer versions. If you're looking for media purposes only then the Ipod Touch or PSP is good for you. IMHO, just save your money.

geokilla said:
For the PSP, what kind of good stuff are we talking about?
Click to expand...

The PSP has a lot of emulators available, along with a number of applications for other things. As for the games, the ones that really stood out for me were Jeanne D'Arc, Ys Seven, Half-Minute Hero, Fate/Unlimited Codes, Castlevania: Dracula X Chronicles, Monster Hunter Freedom Unite, Mega Man Maverick Hunter X, and Wild ARMs XF. Most of these are JRPGs, of course, and there's more on the thing, but these are my personal favorites on the PSP.

. The only people who say DS are those who have the DS and cant afford DSi,think about it,DSi is the DS and more!

omgpwn666 said:
I can tell you right now that who ever picks DS is a filthy liar

. The only people who say DS are those who have the DS and cant afford DSi,think about it,DSi is the DS and more!
Click to expand...

No I say get the DS because he pick the option that he want to save money so therefore he can just be a DS that does gaming at a much cheaper price.

Saying the DSi is next gen is like saying the SP was next gen when it came out.

The most recent CFW lets you play 5.55 games.

Saying the DSi is next gen is like saying the SP was next gen when it came out.
Click to expand...

Its considered next gen,I don't make the facts.

sorry had to do it

Saying the DSi is next gen is like saying the SP was next gen when it came out.
Click to expand...

Its considered next gen,I don't make the facts.

You're the first person I've seen consider it next gen. But whatever. This topic isn't about that.

iPod Touch is more of a PDA than a gaming device. It handles media well also. For traditional gameplay and emulation forget about it...

DS Lite is a pretty good system but has a crapload of shovelware and many of the cross-platform games are crap in comparison to other systems. There are some gems though like CV, Zelda, etc. that make the system worth having.

DSi is cool if you want the cameras, DSi enhanced titles, DSiWare, SD slot functionality (that will probably be hacked in the future like the Wii) but lacks the GBA slot (as was mentioned before).

PSP is great for PS2-grade games on the go and has many emulators and homebrew titles for it as well. If you are into emulation you will want to go with a PSP for sure.

Anyway, saying the DSi is next Gen is liek saying the PS3 Slim or PSP Go is next gen. It isn't.

geokilla said:
Maybe I should've mentioned that I don't like Apple products as I see them as overpriced. However, I'm willing to put that aside for the iPod Touch and iPhone, as they're pretty much smart phones or multimedia handhelds that can be used for a variety of things.
Click to expand...

How are they overpriced? iPod devices are better built then most other brands and there is no device like the Touch that can match it so saying that is overpriced is nonsense, and a 32GB Touch is under 200 dollars

Don't waste your time on the PSP, there are few good games for it and a lot of them are short lived.

Everything can run DOOM?