QUOTE said:
We thought we would bring to your notice that Sony will release a new firmware update (v3.15) for PS3. Since this is an optional update, there is a chance that some of you may miss it. According to an official blog post , the firmware will not address any issue with the console; however it does add a couple of new features that some may see as God-sent. Firstly, this firmware adds emulation capabilities to the PS3 that will enable it to run PSP ‘minis’ games like Blast Off and Echoes . Additionally, this update will allow users to transfer data between two PS3 consoles using a P2P LAN connection. This is restricted to user created content, downloaded media and downloadable games. It will not change anything with certain game’s saved files that are copy-protected by publishers, as they will remain non-transferable.
Click to expand... 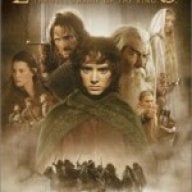 Wonderful, this update will be available the day I get my PS3. Thanks for the info!

Real interesting updates, some of which i could use. Thanks for the heads up.
A

too bad it only works with new minis, old ones aren't working yet, they'll fix it soon i'm sure though

interesting update... linking seems hackable but i think sony will make sure to minimize it as much as possible
it may also be able to later play PSP games? or is the PSP too powerful to be played