I find pre owned ds games online claiming the games are region free. This also happens with consoles? Are they telling the truth? How do they do it?
Reactions: Alexander1970 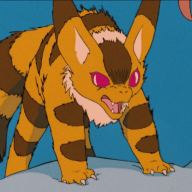 The console itself is region free
Reactions: Zense, banjo2, Alexander1970 and 1 other person

Did not know, thanks! Both ds and ds lite?
Reactions: Alexander1970 and IC_

I think the DS is region free, DSi and DS3 are not.
Reactions: Alexander1970 and MichaelB

This is true, but region-lock is up to the developer (although perhaps there is/was pressure from Nintendo who may not have accepted region-free games onto their system without a good reason.)

Most notably, the English versions of Pokémon Black/White and Black 2/White 2 are region-free (on DSi/3DS), the other languages are not. They did it this way because they needed the game to run on both American and European systems, but didn't want to bother making separate American and European versions.

This is also possible for 3DS games, although I don't know of any games which take advantage of that. Pokémon are technically region-free, but the update partition on the cartridge is not, so the update check fails and the game can't load.
Reactions: Ryccardo and MichaelB

Ok, thanks for the reply!
D

Also, as far as I know, these are the only DSi-enhanced games which happen to be region-free. So if you were looking into buying those online, you can safely get an American or European copy and they'll work fine regardless of the region of your DSi/3DS.

Of course, if you're planning on playing the games on an original DS or Lite, then you don't have to worry about region locks at all, as mentioned earlier.
Reactions: MichaelB

Ammako said:
This is also possible for 3DS games, although I don't know of any games which take advantage of that.
Click to expand...

"An Allegedly Free Game is a game you can play for free, for widely variable definitions of the words Game, Play, and Free"
The first and only* physical commercial region free 3DS title is the Louvre guide (I guess you could call it region locked using an atypical definition of region free, since it's only sold there, lol)

* ironically, it has 5 or 6 monolingual editions
Reactions: Deleted-236924 and MichaelB

Do you think you can modify that partition in any way to make these games region free? It wouldn't be that useful I'm just interested to know.
D

MichaelB said:
Do you think you can modify that partition in any way to make these games region free? It wouldn't be that useful I'm just interested to know.
Click to expand...

The cartridges are read-only.
Reactions: MichaelB

Ammako said:
The cartridges are read-only.
Click to expand...

What if you solder to the chip?

MichaelB said:
What if you solder to the chip?
Click to expand...

Most (card1) games are made of hard ROM or PROM, so nothing to gain (since the GBA, the roms also have "smarts" for supporting sequential access, hardware encryption since the DS, etc)

card2 games are on a rewritable chip but the largest related achievement was erasing one with an early 3DS save manager, lol

But why bother rewriting anything when there are actual flashcards like the Sky and Stargate?
Of course you would still need signature patches since we can't sign gamecard headers...
Reactions: MichaelB

Thanks, I was just wondering nothing I needed.

By the way, for completeness, while DS games (NTR-????-???) are region free as far as all DS-compatible consoles care, Korean and Chinese DS games are individually rigged to identify the region of the console and not run on foreign ones (a limitation that's easy to remove from a backup, if you want to try them)
Reactions: MichaelB

Could be useful, good to know.

Homebrew Should I market a homebrew DS game?

S
Hacking Is it possible to install different region's DLCs?

@ sombrerosonic: So GBAtemp? 1 minute ago
Chat 3