Nintendo gets its own Amusement Park

There is hardly a manufacturer that has a more loyal following than Nintendo and the fans of the Japanese manufacturer will soon get a real pilgrimage site. Because Nintendo gets its own amusement park next year.
However, Super Nintendo World should not be compared to Disneyworld and Co., because the theme park planned for next year is more of a thematic area of a larger amusement park - much like the new "Star Wars: Galaxy's Edge" experience in Disneyland, California.

Because Super Nintendo World will be on show in Universal Studios Japan, where there are already attractions or rides to Jurassic Park, The Great White Shark and Spider-Man, plus an area dedicated to Harry Potter. And such an area will also get Nintendo. Tom Williams, head of Universal Parks & Resorts, said Nintendo is dedicated to a "whole separate area of the park".

The opening will take place next year, but Super Nintendo World will be expanded and expanded in several stages. In phase one, there will be two rides, Super Mario Kart Ride and Yoshi's Adventures. Later, more rides and attractions are added, Williams mentioned here Bowser and the castle of Princess Peach.

Nintendo Switch will play a role
Of course, gaming will be a central focus, visitors will wear "magnetic bracelets". This will allow them to interact with the different areas of the park. It will also store results on the various games that will be found throughout Super Nintendo World.

As Digital Trends reports, the bracelets will be able to interact with the visitors' game console. What exactly Williams means by that is not very clear, it is likely that Nintendo's current console switch will play an important role in Super Nintendo World.

The Christian Who Hacks Stuff

What? No 3DS integration? I'm not interested, then!
Reactions: IC_ and Alexander1970

I really hope Nintendo figured out how the Warp pipes are going to work, I'll be pissed if I need Mario to save me 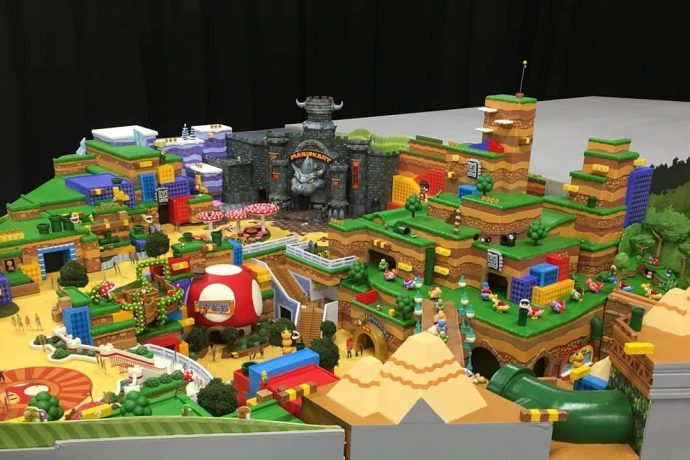 I thought it rang a bell and then
https://gbatemp.net/threads/super-nintendo-world-theme-park-confirmed-to-open-by-2020.452905/

Anyway anything particularly new in this or is it more of a hurry up and wait situation?
Reactions: Alexander1970

FAST6191 said:
I thought it rang a bell and then
https://gbatemp.net/threads/super-nintendo-world-theme-park-confirmed-to-open-by-2020.452905/

Anyway anything particularly new in this or is it more of a hurry up and wait situation?
Click to expand...

Damn,I hoped nobody notices it,that the "News" are about 5 years old.


And now to the Grand Opening....
Reactions: NoNAND

will you get banned if you try to wait INline for a ride?
Last edited by Bladexdsl, Sep 18, 2019
Reactions: Alexander1970

Super Nintendo World theme park opens in 2023 in the U.S.

@ AncientBoi: [eats my cocoa krispies while reading this] A moment ago
Chat 1