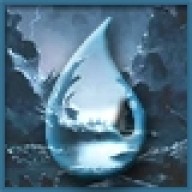 Is it safe to apply the New Super Mario Bros update when I put the disc in on my friend's hacked wii? It's soft mod, LU72 serial number. The reason I ask is because when playing through USB Loader GX I get a green flash at the start of the game, and then the wii is temporarily dead when I stop playing (wii hangs, then TV shows me the "no video signal" screen as if the wii were dead, but I can turn it off and back on and it works again).

The update on the disc contains System Menu 4.1 and the boot2v4 update.

There is a thread regarding how to get NSMB working.