I'm trying to install neek, but there seems to be a problem. I have a modmii nand in its own folder within the nands folder on my sd card (trying to use sneek+di). however, whenever I try to load neek, it won't load the nand. though, it will load my nand on the usb drive. it was my original uneek nand with all of its folders on the root of the usb drive. how can neek possibly load that if it's not even in a folder labeled nands? 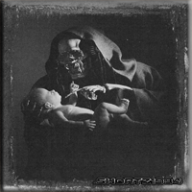 did you redo the "sneek" folders? you also have to switch those, thats why it's still loading the nand on the usb, an not on sd.

yes, my original uneek is on another sd card. the one I'm using now was created by modmii. it's odd considering that the original uses uneek while I'm now trying to start sneek+di. I don't understand how this could happen if the di file was in the sneek folder. I thought there was no way basic uneek or sneek would load if that file was present.

edit: I may have gotten it to work, but I'm not entirely sure yet. I left out the usb drive entirely when loading neek. after about an hour, I removed the sd card from the system, and it looks as though files were written to the nand folder. I guess it found the nand. I then plugged in a usb stick with no nand and one game in the games folder. I booted up neek again, and after a few minutes, the configuration menu popped up and the health screen of the modmii nand. I got to the system menu after a few minutes. it looks like it worked as I can now toggle between the sneek and real nands.
O

I assume you are using the neek2o launching channel to switch from real nand to snnek2o + di.
I think that one gives priority to uneek. You have the sd:/sneek folder for sneek2o and the usb:/sneek folder for uneek2o.

There are several ways to change that behavour.
you can rename the kernel.bin on the usb:/sneek folder so that the launcher can't find it anymore.
you can create a bootneek.xml file which points you to the nand that should be launched (only my version of the launcher)
This file overrides the nand selection in the neek2o overlay menu. So, even if you switched your nand there,
it will switch again to the one in the file when you use the channel.
Obvious, to use a nand on sd you need the correct sneek2o kernel.bin in the sd sneek folder, and to use a nand on your usb drive, you need
the correct uneek2o kernel.bin on the usb drive.

is it currently possibly to toggle between a real nand, sneek2o, and uneek2o? I assumed it would be with uneek+di, so u could switch manually. however, I thought I read somewhere that uneek+di is currently not compatible with neek--is that true?
O

sneek2o and sneek2o+di use a different kernel.bin. So, 2 switch from one to the other requires to change that file.
uneek2o and uneek2o+di kernel.bin are identical.
If the kernel.bin can locate di.bin, it will use it. If it can't locate it, it will work without it.
In my channel launcher, all those settings are centralised in that bootneek.xml file.
-It tells which nand to boot. If the nand is on the usb drive, it will launch uneek2o
-It tells the location of the di.bin file. So, if you point that to an empty folder, uneek2o can run without di. (sneek2o can't)
-It tells the neek setup which channel to launch. Without a channel, it will launch the system menu.

There is no fancy program to alter the contents of that file yet.
Note that the bootneek.xml settings are simply used to create a nandpath.bin file and dipath.bin file.
neek itself uses those to find out what to do.

The setup of a classic neek and the new neek2o is pretty much the same, but some files like diconfig.bin are incompatible.
So running both together is asking for trouble.

@ RetroNerdGamer: lmao my dad just got one of those today 4 minutes ago
Chat 1