Hacking My Wii's Gamecube controller port 2 is messed up 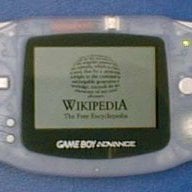 I've been playing Smash Melee non-stop with a friend of mine on my Wii. After a year of doing this, my friend started noticing the controller sometimes thinks it is pressing down repeatedly. When he blocks in smash and holds R and nothing else, the character keeps doing the back dodge, showing the remote is tapping down.

Thinking it was the controller, we tried another, and it did the same thing. We then tried controller port 3, and it never happened again.

Just to be certain we started playing it on my Gamecube and it never happened again. It shows that controller port 2 for the Gamecube in my Wii is acting up.

Since my Wii is modded I obviously can't get Nintendo to fix this. I was wondering, I have an extra Gamecube laying around. Would it be possible to take out controller port 2 from the Wii and swap it with the one in the Gamecube? I have moderate soldering skills. For anyone who knows the layout of both systems I would appreciate any insight.

Let go of all buttons and control sticks. Hold X+Y+Start for 5 seconds. Try again and see if the controller is still messed up.

H
TLOZ SS For Wii playble gamecube control. I dont know how, I want try it