Hacking My switch died during a reboot from android.

I restarted the switch after installing a module in lineage os. And accidentally rebooted to horizon. I have never touched the nand or anything yet so I have not even made a backup. It got locked into some kind of bootloop, I couldnt even rcm at this point because I couldnt get the console to restart even by holding the power button for 60 seconds.
I didnt really want to take apart the switch so I left the screen up and let the battery die down the remaining 20 something percent.
Well, the battery died and I managed to boot into rcm mode and boot hekate, the thing is the battery is no longer charging, and it had a warning about sleep mode library missing(later on I assume this is because I didnt have my microsd card inserted). But at the time I kind of assumed at this point that something got corrupted but I could probably fix it by rebuilding some stuff or flashing some stuff. But then it died, and I realized it wasnt charging. I thought maybe I did it with the lineage os, but I realized weird stuff was happening the days up to the death of the switch.

Mainly, it kept turning off while android os was on. I thought maybe it was a corrupted module or something but looking back im pretty sure its a symptom of what happened. I also realized later on that last day i was tinkering with it, the battery wasnt charging in android anymore, I just didnt realize it.

At this point I am thinking its just a bad battery, I thought maybe I bent a pin in the charging port, but from what I can see it looks fine, the battery will also charge to about .05% and then it wont charge past that. I can boot into rcm mode, for about 15 seconds lol.

Any advice would be appreciated.
Last edited by chancesofsurvivalareslim, Aug 4, 2019
C

Ahahaha that is kind of funny, not going to lie.

I already said my goodbyes, if I cant fix it (warranty was up a year ago), im just going to sell it for spare parts, If i hadnt taken it apart I might consider sending it into nintendo, but I really didnt want the chance of getting a patched unit in return.

At this point I really do think it is the battery, apparently once there is a bit flipped in there, the battery will no longer charge, and without a proper battery the horizon os starts to get wonky. It wont even boot without the battery connected (im assuming this is normal because of the way it was designed).

For almost 500$ canadian(430 after tax), im not buying another patched switch. At that point I could have bought a vr set already. It was a nice machine, but if it dies that easily, its definitely one of the crappier investments I have made. 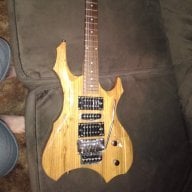 a new battery is really cheap. they sell them on ebay with all the tools for $14US

I think it wouldn't be wise to sell your switch for spare parts, given the fact that it is one of the early iteration hackable switches.
Don't give up on it just yet.
Like the people above suggested getting a new battery would be a great way to start off preparing it.
Second off, I'd suggest you to get a new eMMC module chip.
You said that you never have done any hacking things on the switch right? then it's highly unlikely for L4T android to have corrupted it. Android runs off a SD card and operates on that environment only hence having a low to none chance of doing anything related to the console's NAND.
Likely your switch's eMMC chip has died, try rebuilding the NAND if that won't work then get an eMMC replacement and if that won't work either you're out of luck then.
Reactions: Deleted User

S
Switch seems to be dead... is there any (for a technological noob) chance of saving it?

@ M4x1mumReZ: Don't forget to hit the bell to be reminded whenever I upload a video. A moment ago
Chat 3