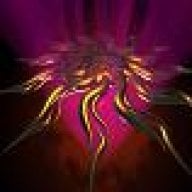 Well I'm the owner of a SC CF since November 2005 and here's what happened to me since then.

At first everything was fine, I could play so many backups

This card was cheap, but got the job done, for the DS anyway. I never got used to the savers/slowdowns of the GBA games and gave up playing them on the SC.

At around March 2006 game began to freeze randomly. It was quite rare at first, but quite annoying as you can imagine. Freezes became more and more frequent though. Removing the SC and putting it back in the DS usually made the freezes go away for a while.

As time went on the SC became quite touchy ; barely touching the CF card while playing meant instant-freeze. This is when I got mad and thought I should send it back. Doh... I couldn't find the receipt, guessed I had trashed it... I was stuck with my misfortune.

Then came the moment the SC wouldn't boot at all. I put it out, back in... Nintendo logo. Had my SC died on me ? Not a chance !!

I found out that exercing a pressure on the CF "downwards" would make my card boot again. How rejoiced I was ! I could even play without freezing for a few hours !!! But after gojng to bed, the next day always begun with a non-booting Supercard. I got so many freezes I gave up and went on summer holiday without my SC.

After my vacation I jammed some paper (folded 8x) in the GBA slot (under the lower side of SC). Guess what ? It worked again !

Now here I am with my SC, only booting if I press (hard) the CF and freezing if i release pressure ; I can't play that way. The paper jam trick doesn't work anymore, and the GBA slot is kinda deformed because of it.


So my SC isn't quite dead, but definetly quite unusable after almost a year.

I had one of the 3 SC-CF's in my family go like that, touch the CF mem card and the game would instantly freeze, .. I just got a new CF mem card for it and it's been fine since... although from you're description it sounds if the actual inards of the SC-CF might of got mis-aligned too.

I think it's just an inherent flaw with the CF desgn, being a male to female connector system, something will wear

.The pressure contact system used in other mem cards like the SD's is much better and operation/performace can usually be restored with just cleaning the contacts.

Anyway, apparently the SC-CF's are not being produced anymore by the factory, I'll be sad to see them go as they only cost £20.00 in the Uk and that's delivered right to my door, can't beat that for value.

Yes SC was quite good for the buck ; too bad it "wore off", as you put it.
I guess I'll have to go with either an M3 or one of those slot1 cards.

Z
Hacking Why is a flash drive in a Wii softmod not good?

@ Psionic Roshambo: Here waiting to do an interview for an accounting position so that's nice. 9 minutes ago
Chat 1