My Problem With Metal Gear Solid

I'd like the feedback of any MGS fan here.

I have played MGS2 and 3 for a few good hours each and dropped them both for the same reasons. First of all, I quikcly found them to have some of the most compelling openings, greatest aesthetics, and very a detailed all around game. I also generally love stealth related games that involve hiding from people and occasionally sneaking up on them.

But despite all this, the reason I felt that this game was ruined was that there was too much in it! Too many details to the point where it takes away the fun (moreso in MGS3 compared to 2). Also on MGS2 on Vita, I was finding the aim of the weapons to be annoying in the way they're controlled; hard to quickly aim at the right times. I found myself repeatedly failing in parts where it took the fun out of it, even though that annoyed me due to how many cool elements are in the game overall.

Does anyone else agree with me on this, or is it true that I didn't give it enough of a chance?
Reactions: Alexander1970 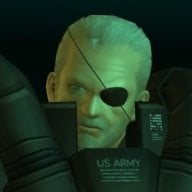 I dont think your points are crazy. I always felt that the aiming and controls in the games were clunky (although they improve in each subsequent game). For me, the series was always about the insane writing and lore. Kojima is truly a cinematic genius. MGS2 was the first game I played as a kid that literally had my jaw dropping. I had never experienced such a wacky, intriguing story in a video game... something that I had thought was reserved for movies. The game touches on so many different parts of politics, philosophy and personalities.

Snake was never super fluid to control, but honestly it never bothered me. I have always approached MGS games like I approach Final Fantasy games. Its a mix of story, cinema, gameplay, character development, and just a fun ride to go along on. I never really saw them as pure 'games' as I would something like Super Mario 64.
Reactions: tfocosta and ignare

ignare said:
Also on MGS2 on Vita, I was finding the aim of the weapons to be annoying in the way they're controlled; hard to quickly aim at the right times.
Click to expand...

Play on a console for better experience.

Moving on, the games are more about presentation, story telling and detail. So if you don't care much about that, then is probably half the game you're ignoring. The cinematic cutscenes, the way the characters interact with the environment, (Snake walking up stairs the normal way, each individual step and not sliding up there with a common walk cycle) Seeing footprints, gunshot marks on terrain, and textures with details. The actual gameplay has some quirks but if you're comparing it to moderen present time games, obviously. At the time, it was just a improvement over the original on playstation. It takes some getting used to but when you do it controls well. As a stealth game, looking around is important so even with a radar system, looking is always encouraged. Avoid falling into more pits.
Reactions: TheMrIron2 and ignare
I

Since I last posted this, I watched the movie compilations of MGS 2 and 3 and was blown away. Watching the story was all I needed out of it. Brilliant series.
Reactions: tfocosta and Reynardine 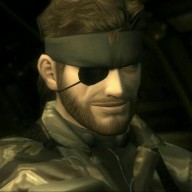 The controls are tricky, but the cinematics and the story-telling are top notch. It's worth powering through the issues for.
Reactions: tfocosta, ignare and Reynardine 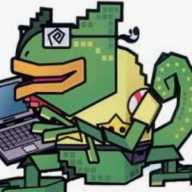 I always hated crouching though thats me coming off the phantom pain, its just so foreign when i hold forward while crouching snake starts crawling, killed me many times