Heya, wasn't sure what to do with this, but I wanted some feedback on it. I made a sort of sprite sheet with heavy edits of the original Super Mario Bros characters. The sprites are based on the original sprites, using those as framework. I applied mild to heavy edits on the sprites, depending on the particular sprite. In general, some shading edits among other changes. All done by me, the only thing that wasn't done by me were the original sprites. This is my first attempt at pixel art/sprite edits, or whatever you might call it. Not intended to be used as animated stuff, just some practice, and it was my first work.

UPDATED EDIT (added Bowser, Bowser's flame, Hammer Bros, hammer, and heavily improved/more dynamic shading for almost all images)
EDIT #2 (added a bullet bill cannon and enlarged about 3/5 of the existing sprites to be as large as the rest. They were the wrong size. Also added some heavy edits on those enlarged ones, you'll be able to see it looks far superior) Basically, do you think it's any good? My first work of art created by a computer. I manually edited these images using good old (and I mean old) MS Paint. I hope you like them, but i'd like some feedback if you like. Go easy, but I do like constructive words, and i don't mind criticism if you're nice about it!

(BTW, took me about a day and a half to make. I just got the sudden urge to start fiddling with pixel art. No training, lessons, or anything.)

Nice stuff. It is something new. For the Pirahnas, consider making frames so you can animate it 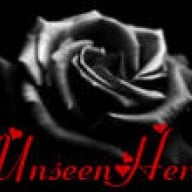 Thanks for the feedback! I'm glad you like them. I don't plan on animating (yet), but if i do, i'll edit these images instead of recreating the individual frames (still would base them on the originals, just easier that way).

Anyways, I've updated the top post with an updated and improved version. I added Bowser, his flames, Hammer Bros, and his hammer. Seemed kind of incomplete without them. Also gave Bowser some hair and a tail (he didn't grow those until Mario 3 IIRC), so he's quite a heavy edit and took a while to make. I edited all the other sprites as well, some of them being heavy edits with far more dynamic shading (like the pipes and such). Far better IMO. I've compared my pipe sprites with the ones from Mario Allstars, and mine have an even more dramatic change in the gradient shading than those. All in all, very pleased with the result. I could probably make some nice graphical hacks with these (if i knew how to hack)!
P

Updated once again, this time to include Toad and Princess Toadstool (now Peach, but since these are old NES sprites I'll use her old name). The art just didn't seem complete without them (not that i'm finished, but now it's more complete looking).

Thanks all! And I just updated once again with some heavy edits and enlargement of most of the sprites on the old sheet. This one is far bigger and better now, now reaching the goal I set out to do- to cover one frame of many of the most famous sprites from the game. It's pretty damn complete now, so I might not do anything else to it. We'll see, i may do it to other games though...

Anyways, enjoy. Too bad i can't hack or i'd be tempted to put these in a Mario hack or something!

I think I'm going to make Mario Bros pixel art/sprites for my calculator, like I did with the Gamezway giveaway...

Then I'll encode them into a bunch of numbers heh. Gotta learn to make the best use of 10 picture variables and all the custom lists.

My favorite would have to be the piranha plants, the mushrooms, the "?" block, and the bullet bill.

You did great bro. Keep it up!