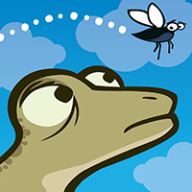 Wow, just wow. I had so much fun playing this game. Of course this is the PC version, but it will EASILY transfer to the Wii, the controls are basically made for a Wiimote (I kept the Wii in mind while playing). With that being said, My co-workers and I just gathered around my computer for 40 minutes as we beat the first stage of the game.

There has been a slew of this simple physics type games entertaining us on the web, Crayon Physics, Line Rider, Blue Print (and all Teagames), etc… There’s something to be said about the shear joy of seeing objects move as if the rules of physics apply.

World of Goo has one of the best art styles I’ve seen in a while, the music is top notch, the challenges are great, and the controls are perfect. I really can’t say enough great things about this game. World of Goo, like Line Rider and Alien Hominid, started out as a Flash game. The transition to the console world was a perfect transition.

Kudo’s to 2D Boy for becoming a finalist in the Independent Game Festival and putting out a game that transcends polygon count and making a game fun regardless if it can be run in Flash or the most powerful PC.

so is this coming to wii? if so, when?
T

... This didn't start as a flash game. Google Tower of Goo.
S

I just pre-ordered the game, it looks awesome.
E

Reminds me of Lemmings. I love Lemmings.
S

I just completed the first chapter. This game is AWESOME. Really amazing, much, much better than most commercial games I have enjoyed in the past.

This is a game that is worth my hard-earned cash.
P

where'd you buy it?
is it out on wii?