a co-worker sold me his modchipped Wii (atmega8l) with the HBC installed. he suggested i upgrade the chip to OpenWii 2.4 - i burned the installer disc and was able to upgrade the chip firmware. i burned a disc of 804 SNES titles which the Wii was able to see. i purchased the Wii Fit and it upgraded to 3.3U (not sure which version). i then followed several tutorials on another forum to install DVDX and MPlayer, downgrade to 3.2U, and install Starfall as well as install several different IOS/cIOS versions. the result is as follows:

i am now downgraded to 3.2U using ARC
my SNES 804 rom and OpenWii 2.4 discs are no longer readable - disc not read error when attempting to open them
i can only start backed up games using Gecko OS
i can run HBC
i can install WAD files

in an attempt to straighten out any "bad" cIOS/IOS files, i upgraded to 3.4U and then downgraded to 3.2U

after that, Wii Connect 24 no longer works but i am able to use the Internet Channel and Homebrew Browser - the internet connection (USB-ethernet adapter) works fine.

i do not have a retail version of Twilight so i have not tried to do a factory reset to virgin the Wii... i really like the HBC and have several great C64 games up and running.

any help is welcome and needed.
A

have i stumped the experts?
F

YOu could install CIOSCorp but that would make the modchip completely useless as it is a softmod which installs CIOSes and allows you to load games from the disc channel.
D

Make sure the Game Region is set correctly in AnyRegion Changer.

Pop in the modchips firmware installer disc and see what that does. Wait nevermind you said it's not working. I'm guessing that updating actually overwrote the firmawre on the modchip and as such backup/non-retail discs are unreadable. I would grab CIOSCorp, then load up the modchips firmware disc and install that, then just don't update any games. Find something that will block updates like Starfall, Preloader, or check if the modchip can do it.
A

i just put in a backup of Twilght Princess and it loaded up just fine. i get error #001 when i try Mario Kart or SMG or any of the other recent releases. 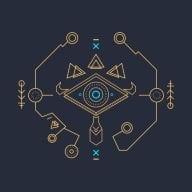 Next time read and ask BEFORE you do something like that.
Sorry...

D-Jay said:
Next time read and ask BEFORE you do something like that.
Sorry...
Click to expand...

God damn most of your posts are not needed or wanted, 70% of them
A

D-Jay said:
Next time read and ask BEFORE you do something like that.
Sorry...
Click to expand...

i guess you missed the part where i stated i read tutorials from another forum? next time read BEFORE you type? part of the problem is the learning curve when the bulk of the posts on a great many of the forums are bad information or just plain wrong information. what should i have read that would have helped me sort out a unit purchased from someone else with who knows what already done to it? i figured bumping it up to 3.4 and then downgrading would overwrite all the IOS files with factory versions. is this not correct?

should i list all the IOS/cIOS files on the unit? would that help? since i have no clue what the various versions are for or the many rev levels therein, i'm not sure if that would be helpful. what each file is for seems to be a mystery - would love to see the various IOS files documented as for purpose and function with regard to changes to them from factory. simply saying i need IOS 36 rev7 means nothing if no one can tell me what it does.

does any of this make sense?