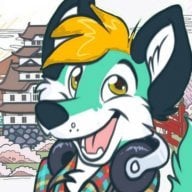 Is it possible to play games like Kirby and the amazing mirror with two players but one with the european version and the other with the japanese version ?

You can grab an emulator and try if you want. Plenty of link cable supporting options out there, though VBA-m is probably where most would head.

Most games would not have lost or gained local play between regions (early on in the DS lifetime we saw a few gain wifi and other such abilities, and going back to the N64 then certain link ups to the GB/GBC required certain regions to work).
The trouble would tend to come when you have user made data transfer between regions (same reason saves might not transfer between regions even if the data itself is pretty similar), that being things like Japanese text (16 bits needed to have any decent Kanji support) not necessarily being catered to outside Japan (English quite happily fitting in 8 bit encodings).
For most simple platformers (all they have to do then being transmit locations of players, enemies, attack items, pickups and any destructible level info) then I don't imagine any issues unless one region was radically changed.

On PC, as already stated, there are options.

Otherwise, you have Android with quite some multiplayer capable emulators.
Sadly most have issues (Pizzaboy, MyBoy!)
The best I found so far is com.hqgame.networkgba

Aside from [RealGBA] [PC] [Android] there aren't really any alternatives that are worth pursuing.
(Gericom started to implement wifi with the DS-GBA Hypervisor, that gets Mariokart GBA somewhat running, but I suppose it is on ice for now)

Any way to play local multiplayer on Kirby and the amazing mirror?