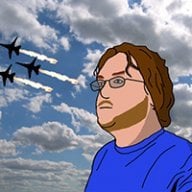 Specifically I'm talking about the remake that was just released on the switch. I can't find any of this information online, so I'm going to talk/ask about it here. If you are playing this game and want to know something, ask and hopefully we can get an answer. I'm up to my second Summer. So far, I only really have two questions.

1. How do you get a dog or van?
Seriously, I've found neither hide nor hair of either Van nor a dog. The best I can guess would be, that if I can get Van to show up in the town he would sell a dog that I could purchase. Van didn't show up in the original until you linked it to the Gamecube - a feat that is quite impossible now, and absolutely not the answer. This is confusing, and I've found no hints in the game thus far.

2. How do you get another horse?
I didn't even know this could happen; I guess I just bought the brush early and always brushed my horse in the original game. If you "neglect" your horse (a hidden metric) then they take it away from you a few days after you get used to the faster movement speed it provides. Wow. Anyway, apparently in the original you'd get a new pony about a month later, but that doesn't happen in this game. Uh oh. Anyone know what to do?

These are the questions I have so far. I might add that the game is really fun, and the slightly-janky English text LayeredFS mod here is really helpful. Let's start a discussion about this game's mechanics.

Edit: I forgot to add one thing. Does anyone know how to get the "treats" for animals they show in a tutorial? They show them, so they must exist, but I've not seen them anywhere. My guess is Van sells them, so I'd really like to know how to unlock him.
Last edited by bluedart, Oct 25, 2019

Checkpoint and Jksc not updating lineup of games

Nintendo Switch Friday at 2:24 AM
Reploid