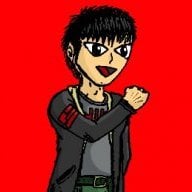 this might need a bit of explaining as to what this is. back in 2012 atgames released one of their awful portable sega devices, we all know the ones im talking about. the 2012 release was significant because it included a region free and slightly modified build of the famous megaman wiley wars for genesis. some of the changes implemented were several small bug fixes, SRAM compatibility, and most importantly the ability to do the slide move in all three games. this rom ended up being dumped and has been widely circulated since then. the major issue with this rom that has been floating around that nobody seems to talk about is that beating bosses in megaman 3 always results in a crash. seriously, if you have a copy of wiley wars that enables sliding in all three games then you most certainly have this crashing issue as well. anyway, after a few hours of trial and error in HXD i was able to resolve this bug while maintaining all of the good changes in the atgames rom. since there is no good place to host a rom and i dont want to bother with patch files is there somebody who can take it from me who knows the best way of getting it out there?

Just create an IPS patch, it's really easy.
All you need is https://www.romhacking.net/utilities/240/ and then you:
Use your source ROM that anyone can find (include a checksum, that's helpful) and your modified ROM and the software will create an IPS patch for you.

sprong said:
since there is no good place to host a rom and i dont want to bother with patch files is there somebody who can take it from me who knows the best way of getting it out there?
Click to expand...

Dude, just create a .bps patch with this really simple tool. There are even guides (I'd say that this is the best one) about how to apply both to create and apply a .bps patch, so there is no excuse not to. (Also, before you ask, neither this tool or the .bps format are Super Mario World specific.)

Issac said:
All you need is https://www.romhacking.net/utilities/240/
Click to expand...

LunarIPS is an obsolete and proprietary .ips only patching solution that creates unnecessarily large files; there are reasons why SMWCentral moved exclusively to the .bps format.
Last edited by hobbledehoy899, Jan 7, 2018

@ sombrerosonic: Thanks, Its quite Glitchy on here however 26 minutes ago
Chat 0