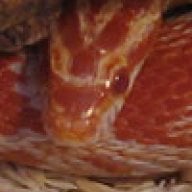 I would've posted this on sinkheads review of the M3DS Real but this is not allowed so here it is. First let me say that the M3DSR is a pretty cool piece of high tech gear. It could be better so thus this topic (if any of these issues are fixed then let me know).

Notice the crack forming on the back of mine. Maybe I have an extra thumb or 2 but this never happened on my R4 (using the same four thumbs). I think the plastic on the M3DSR is softer and less durable. I also think the spring loaded micro SDHC slot does not help the situation. I know other manufacturers for good reason stoped using this type of slot. I want to add my voice to all the others who have launched a micro SDHC across the room. They call it micro for good reason and after it goes flying it can be hard to find. Yes that top tab on the left is in the process of breaking.

2) Speed:
Mine doesn't run as fast as I had hoped. I have not run any speed tests so I'll use a real world example, the demo of Metroid Prime. You know the demo that came with the original DS. The one that has a video of Samus Aran spinning around. On my R4 this runs perfectly. On my M3DSR the video and sound skip. At first I thought it was my 6GB SDHC so I took the 2GB SD from the R4 and used it in my M3DSR. The M3DSR still skips. BTW the 6GB is FAT32 and the 2GB is FAT16. This was done with SoftReset off no cheats (I don't think there are any).

3) The interface:
Other people have complained about the crazy super fast animated icons. I agree. Also the interface seems flaky. I tap on icons and they don't do anything. Sometimes the highlight moves but then goes back to whatever the previous thing was. Also you can't grab the scroll bar, you can only tap above or below it to move it and when you scroll off one screen to the next it doesn't really scroll. It just shows you the next (or previous) set of 4 items and highlights the one at the top. Thus if I go backwards instead of highlighting the item at the bottom of the list it highlights the one at the top.
M3 says the built in Media Extend movie player plays .dpg but it only does this partially. It plays the .dpg files I downloaded from Moonbooks but it won't play .dpg files created with dpgtools13. I presume it plays old .dpg files but not any new ones. When you launch the icons on Media Extend it shows you a file list of the root folder. If I tap on the video icon why not take me to the video folder? All the icons seem to do the same thing as the My Disk icon (see the picture).

Notice the top item "..\". This takes me up one folder. I'm on the root so where will up one folder take me? It takes me to a screen that shows various "My" folders like for instance "My Video".

This is a great idea but what is the "My Video" folder (I presume something like the Windows "My Documents" folder)? I tried creating a Video folder and a My Video folder but they don't work. If M3 implemented these folders then they should provide directions in the manual on how to make them work.

4) The PDA:
Ok I see it is in beta so I'll not be too critical. I and a bunch of other people live in the Mountain Time Zone. How come there is no city to choose in the Mountain Time Zone? Also how come when I go to WorldTime everything seems to be GMT-5:00? It would be cool if there was some .ini file where you could tweak this stuff. The calculator and the units converter are cool but the rest of it is not so good.

5) Where the heck is the English version of the DSM movie converter? I think M3 relies on third parties to distribute their software and maybe this isn't such a good idea. While I'm on the topic of DSM what was the goal of DSM? Was it to improve video quality over DPG? Hmmmm.

In conclusion I'd like to again say that the M3DSR is a great cartridge. I hope that M3 will continue to improve it. I see that they frequently release new firmware which is very good! I just got version 2.8. 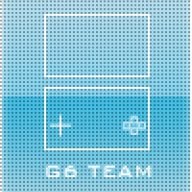 Thank you for your support we will do our best to improve our products.

Thank you for replying G6 - please put a bit of effort into cleaning up the GUI (interface)
example - if I click on the video icon shouldn't I just see videos - have videos in a video folder and that is where it looks, same for music and NDS.
Also a bit of effort to fix the media player as well. Keamar has explained things pretty well.

I have never bought a cart before and think the M3real is pretty good but it could be a lot better.