Emulation Looking for a video game that i cant remember 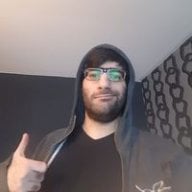 Hi Im new to this site but im looking for a soccer game and i played the game on a emulator that was on the pc when i was a teenager around 2000s but i dont exactly remember when the game was created or what platform it was on but i think it was created around the 90s and mid 2000s and the players has similar art style that looks like the prisoners from Metal Slug and had almost same graphics as Pigskin 621 A.D and in the game you have national teams to select from for example the swedes had beards and i think viking helmet and other national team had that and so on. I really want to know the name of this game so i can play it on the computer again, Any help would be appreciated.

(repost from elsewhere) looking for a video game I can't remember