According to this link Team Acekard had provided...http://www.acekard.com/news.php#79


QUOTE said:
Now here is the our real Acekard2i.

Real AK2i As you can see there's no window in the shell of real AK2i.
Click to expand...

They don't have the front shell cover shown to us.

Just this clue. It made me think real hard about it.


About Acekard (2 or 2i), is it possible to play Pokemon Ranger series and save correctly with the latest AKAIO? Even a fake or genuine Acekard can save the games correctly, right?

I only cared about being able to save my Pokemon Ranger. I don't give a care if what I'm about to purchase is real or not. R4 Ultra didn't meet my requirements, so I set it aside.

Perhaps you're thinking too hard about it... 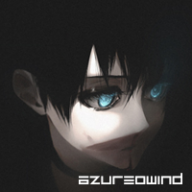 Can Pokemon Ranger save correctly in a genuine Acekard card? There are many comments that said the series can't save.

yes, pokemon ranger can SAVE CORRECTLY in GENUINE AK..
D

That's good enough. Now I will have to keeping nagging on Yahoo! until I get my genuine copy of Acekard. 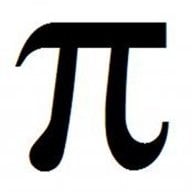 there are fake AK's? never realized that, I mean...its acekard DUH o.0 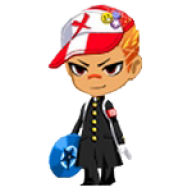 There is a fake R4... times NINE THOUSAAAND

It seems I have yet found the most concrete evidence. However, after extensive researching on Google for 5 hours, and got pissed off after realizing a key information is found in the GBATemp Wiki:


QUOTE said:
What are the differences between the various builds of the Acekard 2s?

The AK2 suffered from a manufacturers soldering error. This problem caused the later batches of the Green PCB AK2 to experience a FAT issue. The cards would stop working some time between 2 weeks and 8 months, depending on usage. The AK2s were then pulled and fixed, relabeled, and released as the first batch of AK2.1s. These fixed, light Green PCB Acekards, have a small chip under the sticker. They are essentially the AK2 repaired, which means the internals are the same. The kits were later redesigned and re-released as the AK2.1 Black PCB. The Black PCB contains a new controller chip and features a permanent redesign of the PCB which insures that FAT error will not happen again. The Black PCB AK2.1 was offered in a new package design, a box, and sold with or without the AK microSD reader. This version of the Acekard 2.1 was also issued as a darker Forest Green PCB. The kit then went back into development and was released a 3rd time with a metallic Blue PCB. The Blue PCB features a new shell. Acekard took out the spring loaded microSD slot and the shell clips in favor of glue.

The FAT error AK2s are no longer in circulation. You can not purchase one and you can not ask Team Acekard for one. The old shell AK2.1s are slowly being phased out as parts and supplies are used up in favor of the new shell and Blue PCB. In the end all versions will work and do what you expect. Do not panic if you receive a Green PCB over a Blue PCB.
Click to expand...

From here, issues of the popular beliefs of fake/genuine AK2 and AK2i, shall end as we speak.

GOD DAMN IT GOOGLE! Waste my 5 hours of undetermined searching!!

You do realise that if you had worked those 5 hrs and using a random base junior rate of, let's say $12, you would have earned enough cash to buy 4 of these suckers.

I'm going to take it upon myself to speak on behalf of everyone @ GBAtemp - no more posts about whether your friggin' (ordered?..not received) AK2i is a fake/clone, or not! You have all of the resources at your fingertips here, whether through the official review, or even within this section - yes, you will find many topics like yours (should you search properly)

Dark^'^Knight said:
You do realise that if you had worked those 5 hrs and using a random base junior rate of, let's say $12, you would have earned enough cash to buy 4 of these suckers.

I have class during those 5 hours, having my laptop connected while the professor is lecturing. I couldn't do anything else.