Decided to try to port Linux to the Wii Starlet (because why not). Turns out that basic ARM ports aren't too hard. https://mrcn.st/p/MBGuU31J.txt
Click to expand...

The patch, if anyone cares: https://mrcn.st/p/O5LIsuRj Not much going on, just IRQ and timer drivers. Too lazy to write a USBGecko driver.
Click to expand...

Is there any elf/dol available, how do you apply the patch? 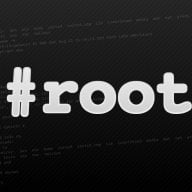 OriginalHamster said:
Is there any elf/dol available, how do you apply the patch?
Click to expand...


According to the .patch file, it seems you would patch the linux kernel source. not sure what version, because he doesn't specify. could probably ask him.
Once patched you build it as per the docs out there and end up with the resulting elf/dol. 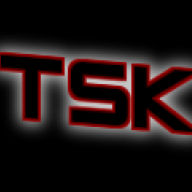 Ninja_Carver said:
TeamScriptKiddies this is the kind of framework needed to begin SMP work on Trinux
Click to expand...

Yes ive been working with Maxternal's code which runs on the Starbuck (in starlet mode as we're booting in the vWii) but ive yet to have any luck with it. Im still learning the instruction set for ARM and PPC ASM.

I took team f0f's pseudo C code and trabslated it to ASM for initializing core 1 and 2 and placed it right after the initialization of core 0 and the launcher hangs at "Waiting for ARM to init PPC" I presume its a kernel panic as the Wii U completely halts at this point and cant be reset. You need to cut the power to it then turn it back on.

Goku Junior tested the modified launcher for me as I was Wii U less for a bit. He made a video of the crash, hopefully he posts it here....

In the meantime maybe I should work off of Marcan's latest code (OP)....

UPDATE: Ninja_Carver i hit up Marcan on twitter and that patch is nothing more than the initialization for the hollywood (which we already have since the early days of the wii linux kernel). Nothing to see here
Reactions: TotalInsanity4

@ AncientBoi: [sends Washington after them] 1 minute ago
Chat 2