I don't know if this has been asked before but I just wanted to ask this out of curiosity. I have an acekard2i with the latest akaio firmware and I was wondering what would happen if I placed a game inside it that has wi-fi features like DQIX which has a online shop that lets you purchase exclusive items and lets you access locked quests and used the said features while using my acekard flash cart. What would happen if I did that? Well...... I actually did it just now yet I don't know if what will happen next after doing that. First I backed up my save and then I proceeded to connect my DSi to the internet then I accessed the feature in the game, it then said it downloaded the latest quests and shop items then proceeded to update my quest log and then it disconnected from the wi-fi connection like it normally would if you have the legit copy of the game, in other words it was successful. Will it cause bad things to happen like bricking my dsi, corrupting my save, or causing my game to freeze? I'm using the patched US rom by xenom and I was also wondering if connecting to the shop would remove the AP patch. Did any of you guys tried doing this too? I'm just scared that my DSi might get break because of of doing that. 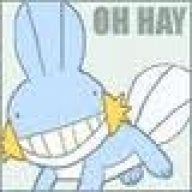 Thank god, I was scared doing that might break it. Anyways, a question for the people who played the game. Are the unlocked quests tied to the savefile or will they disappear if I transfer my save to a different MSD card?

Nope They Are Tied To Your Savefile
D

Cool, thanks! Now back to playing the game!