Is the Jadoo 4 a viable emulation device? 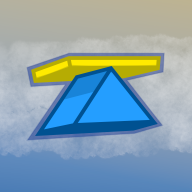 My parents got a Fire TV Stick 4K so they could take advantage of better streaming services. I'm getting a Switch soon, but I already own a RPi 3B (which i'm not using rn) Should the Jadoo 4 be my emulation driver on the TV, or should I stick with RPi?
Reactions: Deleted User
D

Jadoo 4 looks quite terrible actually... bad ratings. It says quad core and 1gb of ram, but it could be a quad core piece of crap or an awesome quad core, it doesn't mean anything.

I personally would stick with the RPI over the Jadoo, and not even mess with the Jadoo, because you can get a better device for similar prices.

But if you are looking to be cheap, and still get something better than an RPI than this may be for you.

It will be better for emulation, and it has an X86 processor. Still only a gigabyte of ram, and only 8gb of internal storage, but you can put a micro sd card in it, a class 10 card will probably be fast enough.

I would recommend the 2016 revision of the normal Compute Stick, but it's a whole $180, unless you are willing to go without an OS (in which case you will have to use Linux) which will then bring it down to $100. However you did not ask for this information...

thats pretty epic. I did install RetroArch on the Jadoo temporarily, and it seemed to play NES games really well (haven't checked possible problem spots like the 5th gen of consoles and above), and the 2 USB Ports make it 30x easier to connect a controller via USB (My only USB-Only controller is the discontinued Logitech Dual Action) instead of getting conversion technology.
Reactions: Deleted User