Hacking Is it possible? 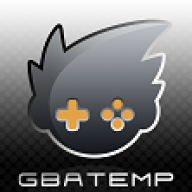 Actually huh? Is it possible to unbrick every wii that you know the keys off? So soldering a infectus etc and flash the nand with a non bricked backup with edited keys?
BUT, the most important question of this thread, does it require a boot 1 bug ( the bug that enables bootmii as boot 2)? So if the answer is YES? Then that means its uesless if you have a NEW wii, and if its no, that means you can unbrick EVERY WII if you got the keys off.. not that im going to do it anyway.. but i just want to know

Every wii with known keys can be unbricked using an infectus and betwiin.

* The boot1 must be whatever version originally shipped with the wii, because of the hash that can't be changed.
* Boot2 can be whatever version (v2, v3, or v4), but needs to be properly signed if the wii has the fixed boot1.
* System menu can be any version (with or without preloader) as long as it's the right region.
M

Nintendo Wii Mar 29, 2022
fudduf
F
Z
Hacking Why is a flash drive in a Wii softmod not good?