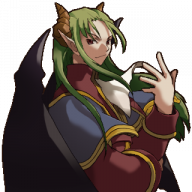 Location
the darkest depths of Hell

Heyo, I finally worked up the courage to introduce myself here. :']
Call me Freya, Moth, or... Well... Satan. (Yes, intimidating and really weird as a name for a person, but you wouldn't believe the euphoria it gives me.)

I'm really into Puyo Puyo and Madou Monogatari, but some other games I like are Hollow Knight, Bug Fables (two bug games in a row because I love insects), and the Magician's Quest/Tongari Boushi series. I'm also, er, WAY into hacking consoles apparently. (Nintendo's probably got me on a watchlist at this point... But ye won't catch me out 'ere sailin' the seven seas, matey.)

I'm also REALLY interested in fan translation projects, so do tell me if you find one I might like to take a look at. Considering how I'm into multiple series that happen to only have a few localized titles (hell, Tongari Boushi has only ONE, and Madou Monogatari's only localized title is from the "reboot" without Arle and the gang), I've sorta been forcing myself to learn Japanese lately. I did have some Japanese knowledge prior to that but I'm far more motivated to study the language now.

Extra random things about me that should probably just go on my profile:
I'm from Indonesia, I'm autistic (and I'm pretty sure I have ADHD too, yay /s), I'm nonbinary, and this is NOT the way I usually type when casually talking to people.

Anyway how are y'all? 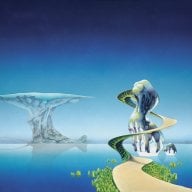 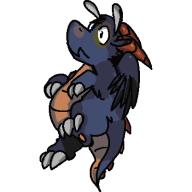 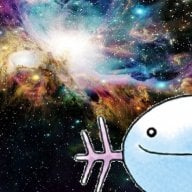 Location
the darkest depths of Hell

RisingShinx said:
Moths are the coolest bugs
Click to expand...

There's a reason why they're my favorite kind of bug. >:]
Mantises are also pretty cool, I could see them being treated a tad bit like taurs in a fantasy setting if their basic form is kept intact...
...Eh, enough bug rambles from me.

@ Pickle_Rick: A moment ago
Chat 4