Gaming How to set-up ad-hoc Gundam VS Gundam

How to?
Can't read any Jap. xD 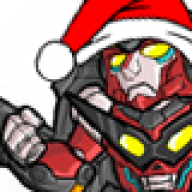 It is the third option in the main menu, and this is the explanation I found of how to use it.


QUOTE said:
Linked play is different from RvsZ Portable, it took me a short while to figure it out. You first have to select a line to play in. Think of them as game lobbies, have the people you're going to be playing with join the same line, there are a maximum of 4 players in a lobby. Then, when people are in the lobby, anyone (not just the first person to join the line) can press circle to create a game. The pre-game options menu will appear to allow you to set the gameplay settings. What I find weird is that more than one person can start to create a game in a single lobby, which was confusing when me and my friend unknowingly both tried to set up the game at the same time. After ONE person finishes the game settings for a new game, the other players in the lobby have to agree by pressing circle, wherein the green characters next to their name in the lobby will be replaced with an 'OK' indicator, then the game can be started.
Click to expand...

I can't believe I have to ask this for the 4th time now, but how do I set up Luma to boot without the SD inserted,

@ Shape: You're gonna be in a great mood all day. You'll be slapping your troubles away with the slap... 5 minutes ago
Chat 2