Gaming How Change The 'Home Menu' To English In A Japanese Game?! 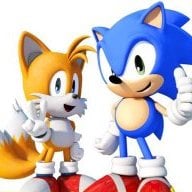 Hi all, sorry if this is been asked before but I looked around and found no solution, I have USB-loader on my Wii and I got Puyo Puyo 20th Anniversary on it, along with the other two Puyo Puyo games (Puyo Puyo 7 and Puyo Puyo 15th Anniversary) but since these games were only released in Japan they're Japanese region, therefore when I hit the 'home' button to exit the game both choices are in Japanese.

Now this isn't really an issue as I can simply choose the one on the left to exit, but I was wondering if there's an option in USB-Loader to patch the game's region so that the language in the 'home menu' is English again without affecting the game, I tried all options with no luck and I googled it but didn't see any topics about this, thank you!

There is a region patcher tool somewhere on filetrip I believe, use that to change the region of the game on your PC.

The home menu you see when you press home in a game is actually coded into the game. To change it you need to change the files on the disc/ISO.

Thank you all for the reply, I had no idea it's coded to the game, does anyone know the name of the tool I should use? Thanks in advance!

I never tried to replace the home menu from a game to another one.

How do I stop returning to the vWii home menu when exiting a GameCube game on WiiFlow?

@ Psionic Roshambo: Ken gets a nickel every time he posts an Amazon link lol 11 minutes ago
Chat 2