EDIT: All identified, thanks everyone!

Are these included in the US ROM?

All I know
C

Thanks for the help, guys. Keep it coming.

Etalon said:
Are these included in the US ROM?
Click to expand...

Yes, they're all in the US ROM. Weird, right?

Oh. So we could patch it somehow to have it in french..? lol. Thanks!
W

Etalon said:
Oh. So we could patch it somehow to have it in french..? lol. Thanks!
Click to expand...

In game you can switch between Spanish, Portugese, French, and English. It's in the options.

But it's weird that they included all those other languages in this release.
J

I had to register just to make this one comment, since, I was just now wondering, as a Finn, whether I'll be able to play this game both in Finnish and in English since I'm quite skilled in both languages and probably able to come up with different words and entities in one language and altogether different ones in another. And you have just confirmed to me that there's probably going to be English option in the Finnish/Euro version, as they seem to have all the language data in all versions and it would make no sense for them to omit English option here.

So as a thank you, I'll identify the following languages you we're looking for: they are all from the Nordic Countries, 2. is Finnish, 9. is Swedish and 3 and 11 are Norwegian and Danish (which I unfortunately cannot tell apart since I'm not proficient in these languages and they are quite similar, both in their vocabulary and alphabet). Hope this helps, thanks, bye! 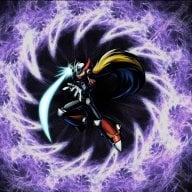 I know they've been labeled just confirming it ,^^ the others i dont know
S

Would it be possible to switch files so we can have, let's say, the dutch version available in the game?
K

Ok, thanks for identifying them, guys. Now I just need to get rip the adjectives.

laurenz said:
Would it be possible to switch files so we can have, let's say, the dutch version available in the game?
Click to expand...

I bet someone could make a simple AR code to allow you to use a different language's dictionary. I'll go request it over on the cheats forum.
W

Ok, just match these up, and we're ready to go.

Adjective snippets in each language: 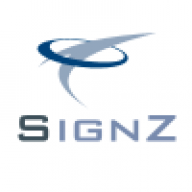 OK, thanks to everyone who helped identify them!

I tried putting "AALOO TIKKI" (Dutch) in and it suggests "ALU TIKKI" (English), so you can't use a word from a list not in your language, which I kind of figured.

I don't know if a simple swap of the files would work, but it's possible.
I think it would also be possible to make a code that can select a language that's not selectable.
W

twiztidsinz said:
I think it would also be possible to make a code that can select a language that's not selectable.
Click to expand...

Ya, I've found the memory locations that say what language is in use, but I can't get anything other than the four the game lets you select, else I get garbage.


I guess these lists are just helpful to people for when the EUR release comes out.