I'm kind new here, and I want the PSP to play SNES, PS1 games, maybe a little GBA. And also for music.
Which version is the best one for hacking to do such things? The 2000 or 3000?

Better screen and a microphone for Skype. Here's a tutorial for hacking any PSP you do get.

zfreeman said:
Better screen and a microphone for Skype. Here's a tutorial for hacking any PSP you do get.

Here's the rundown on PSP models:

- All of them can be hacked on any firmware. 6.20 and 6.60 are the preferred firmware numbers, but 6.61 is perfectly usable. Downgrading is super easy too if you want to go down to 6.20 like I did.

- PSP 1000 has less ram than its counterparts, but that largely only matters for a couple of emulators. Otherwise it's fatter,, the screen isn't as bright, and you would probably have a hard time finding one in great condition at this point unless you prowled somewhere like Ebay and paid too much for what is the most inferior PSP model.

- PSP 2000 and 3000 are essentially identical, although many prefer the 2000 as the display is arguably better. There are reports of visible scan lines on the 3000 model that really bother some people, and I've even seen some ghosting. These issues are pretty minor, but they are enough to drive some people away from the 3000. As well, there have been plenty of reports of the PSP 3000 having this weird white outline issue with perfectly rounded corners on the screen. It is fairly translucent on most colors, so once again, it's a minimal issue, and I'd say only about 15% of 3k models ever had the issue, but depending on how picky you are, you may want to actually see the display in action before picking up a particular 3k model.

- PSP Go is the smallest and most compact of the PSP line and is fairly convenient for its slide out design that minimizes how wide the system is while maintaining the same screen size. The 16GB of built in storage is pretty nice as well, as you really don't need more than that unless you can't make do with 10+ PSP games or any other division of content you can think of at one time. There are two potential caveats though: the size can be difficult to manage for those with larger hands (the button layout is only the width of the screen), and there is no UMD slot for those interested in actually using physical games.

The 2000 and 3000 are the easiest to find, so you're probably best off picking up whichever one of those is easiest to get your hands on. If you can find a reasonably priced Go, after using mine quite a bit already, it's an easy version of the system for me to suggest.

Other than that, any PSP model, any firmware, you're good. Installing CFW is as easy as copying some signed files to your PSP and simply running them from your games menu. It is a pretty much idiot proof process, so even someone completely new to the scene runs near zero risk of even sort of bricking their PSP. 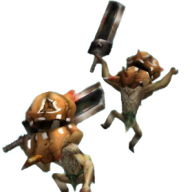 I will say 2k>1k>3k>e1k in that order. 3k should be best but scanlines killing it form me.

True Echo said:
I will say 2k>1k>3k>e1k in that order. 3k should be best but scanlines killing it form me.
Click to expand...


scanlines on the 3k are cool bro.

Personally I'll vouch for the 1000 model, I have a 1000 and I love the extra weight (a nice, heavy portable feels good in my hands). Replacement parts for it are really cheap as well

Only real limitation I've come across is that you cant hook it up to your TV directly via cables.

But for hacking, its the simplest one to hack and emulate on, because they are 100% compatible with all hacks, whereas only the early 2000 models can be permanantly hacked, I believe.

Oh, and the screen is made of some insanely fragile material. I dont know if the later models were more durable, but prepare for scratches, even if you use a microfiber cloth.
N

Traumkampfer said:
But for hacking, its the simplest one to hack and emulate on, because they are 100% compatible with all hacks, whereas only the early 2000 models can be permanantly hacked, I believe.
Click to expand...

Hacking has come a very long way since what you're thinking of. There are zero firmware or model limits to PSP hacking, and there haven't been for years now, though I guess 6.61, the surprise firmware update, did block things for about a day before people worked around it.

Edit: As an example, I recently bought a PSP Go secondhand that had been updated to 6.61. Upon receiving it, I successfully downgraded to 6.20, and I've installed 6.20 Pro-C whatever number it ended up at with the permanent patch.
T

Ah, sorry, I'm relatively new to the scene, since I got my PSP a few months ago. I guess some of the guides I read were old. But my point about the extra weight of the 1000 still stands, a hefty handheld feels nice

I'm told the newer models have brighter screens, but I use my PSP on the lowest brightness at all times, and have no problems. But then again, I'm also one of like 5 people who had no problem seeing the original GBA screen 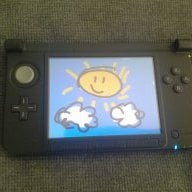 omg please... the 3000 has the best screen. Stop making it complicated. 3k > 2k > 1k
At least there are other reasons to like the 1k such as form factor, weight, sturdiness, etc. Even the 2K has a slightly more appealing form factor than the 3k imo.

- PSP 2000 and 3000 are essentially identical, although many prefer the 2000 as the display is arguably better. There are reports of visible scan lines on the 3000 model that really bother some people, and I've even seen some ghosting.
Click to expand...

Don't all LCD's have some ghosting? Even the slim Vita and 3DS XL has ghosting. The point is 3000 has way, way less ghosting than the 2000. Almost none.

It makes no sense, 3000 has scanlines and 2000 has ghosting. So how does that make the 2000 better? If anything this makes them equal. Except OH WAIT, the 3000 has like a hundred times better brightness and colors than the 2000. So you're giving up two advantages in exchange for one, and that's assuming each advantage is equal. When in reality I'd say it's more like this:

Meaning 3000 not only has more advantages, it even has the better ones!

the background objects in the right side of the screen dart left and right constantly.


Part of me actually doesn't mind that there are people who think 2000 is better, since it means there are more 3000's for everyone else. However the OP states that his friend has a 3000 so there's no reason not to go with it.

Traumkampfer said:
Only real limitation I've come across is that you cant hook it up to your TV directly via cables.
Click to expand...

plus, you know, RAM. Lag on the 1000 model is unbearable.
Reactions: zfreeman
X

prowler said:
plus, you know, RAM. Lag on the 1000 model is unbearable.
Click to expand...


I havent encountered any lag problems, but all I use my PSP for is a literal portable playstation: Playing PS1 games, PSP games, and movies. Perhaps the Ram would be a key factor for emulating the Nintendo 64 and the likes. I'm fine with somewhat longer load times

Traumkampfer said:
I havent encountered any lag problems, but all I use my PSP for is a literal portable playstation: Playing PS1 games, PSP games, and movies. Perhaps the Ram would be a key factor for emulating the Nintendo 64 and the likes. I'm fine with somewhat longer load times
Click to expand...

No, it's a factor in everything down to the menu movement in the PSP system but I guess you don't see is as you don't have a newer model.

2000 vs. 3000
The best case is a fully hackable 2000 in a good condition. Get that if you can find it. Replacement parts for 2000 are more expensive than 3000's, but fully hackable 2000 is basically unbrickable because of Pandora. You will be able to experiment to your heart's content software-wise.
The screen/display issue is more of a lottery.
There are different levels of artifacts (ghosting and interlacing), so if you simply decide that (for example) interlacing is a lesser evil than ghosting, you may end up choosing highly interlaced 3000 over low-ghosting 2000. IMO the whole ghosting/interlacing issue is exaggerated.

If you decide that you won't need hackability of 2000s, have a look at PSP Go. It's the most advanced model spec-wise (you can play games with PS3 controller for example), but its compact form-factor can be a deal breaker due to the smallest screen and cramped controls.
Don't touch the E1000, it's not worth the money.
X