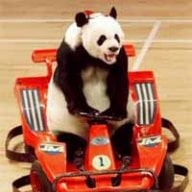 Been a pretty non-social guy my whole life but the Internet has definitely helped! I'm into Switch (especially cheat codes haha), have basically all systems but the Xbox line (I do have a 360), and the Sega Saturn. Old school nerd

havent had much time for games of late but I do lurk enough I figured I'd sign up. Thanks for running this forum.
Last edited by westward, Sep 22, 2021
Reactions: AncientBoi and Nikokaro

Hello and welcome.
You say you have practically all consoles except 2 types: so you would also have, for example, a Wonderswan, a Game Gear, a PC Engine, a Panasonic 3DO, a Famicom Disk System, an Intellivision, to name a few. I highly doubt it. A poor attempt to brag and show off...

After this lecture, you can sit back and enjoy yourself...hehe.

Nikokaro said:
Hello and welcome.
You say you have practically all consoles except 2 types: so you would also have, for example, a Wonderswan, a Game Gear, a PC Engine, a Panasonic 3DO, a Famicom Disk System, an Intellivision, to name a few. I highly doubt it. A poor attempt to brag and show off...

After this lecture, you can sit back and enjoy yourself...hehe.

I indeed own a Game Gear - colors on the screen are really bad but it works, a Turbografix-16 (w/ CD rom attachment and super system upgrade card - Lords of Thunder!!) , a Turbo Express as well w/ TV Tuner, a 3do - mentioning it makes me feel awfull someone in my family paid $699 for that thing. Even a Jaguar, 64-bit zomg (no cd system) - another turd. The drive got real choppy on my FZ-1 so i'm using a Everdrive w/ it now. Also had a Neo Geo, but bought it used in ~96. I was spoiled as hell and my Dad was a gamer too, and I'm guessing I'm a tad older than most people on here - lol. I have an intellivision but its broken

I really wasn't trying to brag, I'm just older with no kids, and nostalgia/collecting is one of the things that brings me joy. Also the social phobia thing which has controlled my life to various degrees since I was 6 or 7. I had these systems mentioned above (obviously not the Everddrive mod hehe) all around launch aside from the Neo Geo, which I bought in early high school. I also purchased some systems later in life to fill in some gaps, but embraced emulation Totally own all the games I play on emulator <cough>.

Should probably mention I do not own any Xbox aside from the 360. I skipped the original Xbox bc I really hated Microsoft , still not a fan, and was busy w/ ps1 and gamecube. I think I have 5+ RROD'ed systems in the basement, still - mix of gen1/2s and two Falcons (3rd gen) - they could probably make a hoarders episode on that area of the house. Still have a functional gen 3 <knock on wood> and many, many warranty stickers from friends systems. Just put better thermal paste in, no mods of course

Never heard of the Wonderswan, will look it up. I did say 'basically' at least - do not own a Famikon disk system or some of the really expensive rare niche stuff - but I got close.

These days I embrace the emulator, and thank God I bought alot of storage before this year. Crazy how much large drives have gone up!

I should have just given a list rather than say basically, but no offense taken that you thought I was lying or exaggerating.

It's morning here - hope you have a wonderful day!
-ww
Reactions: Nikokaro

would it be cliche to say "hello, world"? probably