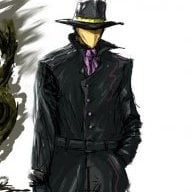 So, I hacked my PS Vita way back in 2018. Downloaded AM2R, played it until encountering the game-breaking glitch, and haven't touched it since until now.

Having just learned that Streets of Rage Remake has been ported to the Vita, I was really excited to crack into it. I downloaded all the necessary files, and began to follow a youtube video tutorial about how to install it. It's been 3 years since I've messed with any of this stuff, and unfortunately, I'm real rusty and have forgotten a lot of things.

Well, when I got to the step that requires me to to open up the files on the Vita in my file explorer, nothing shows up. QMCA detects it as "PS Vita Device B" or something or other. I tried uninstalling and reinstalling QMCA, but nothing changes, and the problem remains. I tried downloading/updating Vitashell via henkaku downloader on the Vita itself, but it refuses to. I keep getting a failure message, and I notice just from the video tutorial I was following that I have a much older version of Vitashell on my Vita. So, I'm thoroughly stuck here.

Anyone have any ideas how to proceed? Any help would be greatly appreciated. Thanks!


Well, after troubleshooting by following advice and suggestions from other threads and posts here with no success, I pretty much gave up on all that and have opted to try and download the game using an FTP server. But now I've hit another snag. How do I find the Vita port ID on this thing for Filezilla? Select displays the IP address, but that's it.
Last edited by Thee_Stranger, Jan 24, 2022

Open vita shell, change the option from ftp to usb by using triangle on the partitions root, connect cable. Iirc you don't need to input a port.
Reactions: Thee_Stranger

godreborn said:
Open vita shell, change the option from ftp to usb by using triangle on the partitions root, connect cable. Iirc you don't need to input a port.
Click to expand...

Thanks for the reply, I really appreciate it. I think I'm on a much older version of Vitashell (henkaku 3.68), because I don't think triangle gives me those options.

However, yes, you do need the port. At least for the software I was using. The port ID is actually listed with the IP, on the end. It just doesn't specify. I thought it was part of the IP address. So, the port is 1337, and it's apparently universal for all Vita's, should anyone else run across this problem and happen to be reading this.

Help setting up vita to use vita card, sd2vita and psvsd adapter?