We had a feeling Eric Schmidt would be doing something surprising at the Web 2.0 summit, and the man didn't disappoint -- he just showed off the Nexus S running on T-Mobile, and revealed it has NFC features, a technology he thinks will eventually replace credit cards. Unfortunately, he also called it an "unannounced phone" from an "announced manufacturer," and the logo was taped over, so we're not any closer to a release date here.

Later we managed to convince the man to show us the device in person just a few minutes ago. What should you know about the heir apparent to the Nexus One? Well, it's exceptionally thin -- we weren't able to compare, but we'd say it's at least comparable with an iPhone 4 if not slimmer still -- and it's thinner in the middle than at either end, giving it a mildly concave profile. There's a glossy plastic bezel up front housing an AMOLED screen, a pair of discrete volume buttons on the left side, and a black plastic back (textured similarly to the BlackBerry Bold, though patchier) which seemed too roughly manufactured to be anything but a prototype. We saw the handset for all of three seconds and weren't able to snap a single picture nor touch it for ourselves, but as Schmidt walked away he left us with one last lingering look at Gingerbread -- the screen shutting off. When he pressed the power button, the image winked out like an old CRT TV, an animation which you'll see a carbon copy of right after the break.

Update: We've added some more pics to the gallery, including some close-ups that show the carrier is indeed T-Mo. We'll let you know if Schmidt drops any more details on this thing.

Update 2: Schmidt said Gingerbread would be out in the "next few weeks," so we're assuming this bad boy will come along with it.[/p] 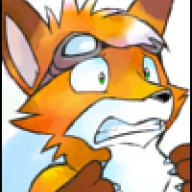 OOOOHH!!! Me want! The "screen off" animation is awesome.

Coooool. This phone is nice, I wanna have my hands on it someday

where's the part of the Google Nexus S in this news?

Eh? I thought that Google was taking a break from making phones.

The screen off is a feature of gingerbread, not the phone specifically so that means other high end phones getting the gingerbread update (Evo, Epic, Incredible, Droid X, Droid 2, and others) might have that same awesome screen off animation.

So simple yet so beautiful. Like usual Google comes up with simple yet innovative and good ideas.