GBAtemp game of the week #45

GBAtemp book game club's new edition is here. For those just joining us or otherwise wanting a series overview the next few sentences will be doing that job. Although there are some ways we will try to mix things up the general idea is each edition a selection of a game or a handful of related ones (sometimes for a compare and contrast but sometimes just to get a closely related series out there) is made and then those that wish can discuss a playthrough they made just then or some time before in whole or just some aspect of it.Randomly selecting games is not what we are about around here but the actual selection criteria will remain something of a mystery other than to say this is not intended to be a top ? games for a console or genre series as those we done to death years ago and this series would probably have a limited lifetime. More importantly there are loads of games that fell short of classic status (indeed this week we have a bunch of hacks that aim to improve what the developers initially released) but are often well worth knowing about as they tried something new and interesting, were a big risk/deviation from the norm for a developer/publisher or just had an interesting mechanic, soundtrack or were something not normally done on a given platform (modern style RTS on a console being a good example).There will be occasional exceptions but for the most part we will draw from the large (and in a lot of cases still growing) libraries of games, ROM hacks, leaked betas/unreleased titles and homebrew for the wii, DS and GBA.On occasion addition criteria will be stated and a selection made accordingly (released early in a console lifetime, not available in North America but is available in Europe and titles available for near lunch money right now being examples of previous additional criteria) or we might pose a challenge or run (achievements/trophies are but a poor imitation of this).

Many people associate ROM hacking almost exclusively with translation hacking which is fair enough (most rom hacking work and most of the big projects are aimed at translation and related activities such undubbing and otherwise tweaking the localisation) but one of the other big areas is improvement hacking which aims to fix bugs or tweak games to be more playable, more like other entries in the series, to be harder, to provide a means to work around issues the developer was compelled to introduce (the original GBA had a dark screen where the SP and later models did not so many games were compelled to have something of a washed out colour palette to work on the original GBA) or otherwise more enjoyable. Although the GBA, DS and Wii have not seen so many big hacks like the total conversion stuff or spoof hacks on the 8 and 16 bit era consoles there are loads of improvement hacks available that do very well and we picked but a handful of new and old ones worth knowing about. Although we are mainly going to focus on those that bring big changes to the game itself as opposed to the also very valuable hacks like the Zelda and Star fox dpad hacks that meant you did not have to control the game via touchscreen and similar hacks we encourage you to have a look at those and to otherwise delve deeper.


Although seemingly not that many people know about it Advance wars arguably sits alongside the likes of pokemon and final fantasy in terms of the levels to which the games have been pulled apart and documented with the folks over at Wars World News and the forums there leading the charge. Getting back to this patch it has been in beta for a while but finally saw a proper release a couple of days back. Although we love all versions of famicom/advance wars around here this was probably the last that went in for the rock paper scissors approach where later versions upped the different types of units and effects of COs to make a somewhat different style of game. This patch aims to change the war room option (there was the campaign option and the series of themed matches in the war room).More so than the rest of the entries in this edition a quote from the readme is necessary-30 New War Room Maps to play on - Some remixes of existing maps, most brand new from the AW Community.-Tutorial map with summary of game rules, scoring and new hack features.-Each map has an info dossier with the par time and author of the map.-Each CO has unique combat abilities in the War Room setting.-Improved high score support - The game records S-ranks achieved on each map with each CO.-Pre-deployed maps provide unique army compositions depending on your CO selection (returning from Advance Wars 1!).-New weather rules for fairer scoring.-Improved status screens - The unit status screen now shows CO abilities more accurately and with more stats.-Extended Status Screen - Shows your rank in progress and whether you have S-Ranked this map with the current CO.-Improved Enemy AI - Enemy COs no longer use CO powers when they'd have no reason to use them and use them more intelligently!-Unlockables - Earn more COs by scoring S Ranks on maps!You can find it here


Another relatively new hack this aims to change the points at which you can recruit certain monsters and lessens the grind potential which has a big effect on how the game plays turning it more into a sort of endgame content/new game+ version of the game. Indeed we would even go so far as to say if you like the idea of DQ5 but the execution of many JRPGS falls short this is the version for you. Downloads available on the patch homepageFire Emblem Shadow Dragon Sync Patch- Fire Emblem: Shadow Dragon (U) NDS
We picked this as it is a great little improvement hack that for whatever reason is not as well known as it should be. The general idea is that it makes Fire Emblem Shadow Dragon play more like Fire Emblem: Heroes of Light and Shadow in terms of levelling/progression and sprites. You can find a copy here


The GBA was home to a lot of SNES ports and the ports of the Final fantasy games (1,2 4,5 and 6 eventually appeared on the GBA) came somewhat later in the system lifetime but were among some of the most celebrated games on the GBA. In some ways though they were inferior to the SNES originals but that is OK as rom hacking is a thing so several improvement hacks got released for the various games. Trying to pick one to showcase for this did not really want to happen so we picked one of the most interesting ones in the sound restoration hack (sound hacking in many ways is one of the harder areas of ROM hacking although the DS and to some extents the GBA) for Final Fantasy 5 which fighting words they may we are going to accuse of being our favourite "early" Final Fantasy title. This also leads to our rule of thumb that if you are going to play a GBA rpg do poke around ROM hack libraries as they will often turn the game into a far superior version (this especially applies to Final Fantasy titles 4 through 6). You can find it here

Although we could not quite justify having it in the main selections we also want to link up the two Zombies Ate My Neighbors hacks that effectively make for two entirely new games Oh No! More Zombies Ate My Neighbors! Ultimate Zombies Ate My Neighbors and one we had to cut to keep this topic somewhat shorter was the Golden Sun Voice acting hacks which you can read about on Atrius' Golden Sun hacking forums and more specifically on the GBAtemp thread on the subject. Back on topic an affront to the creator's vision or this is another reason why you are glad you fell in with the emulation/rom running crowd? Also feel free to share any other improvement ROM hacks you have enjoyed.


gbagotw should get you other links in this series
Reactions: 3 people 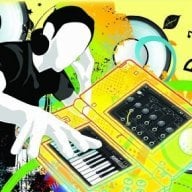 FAST6191: The link to download the Fire Emblem patch leads to filetrip just fine, BUT when you go to download the file it shows up "404-Not Found." Please look into this, and if you could, please message me when it's fixed? Thanks bud

jimmyemunoz said:
FAST6191: The link to download the Fire Emblem patch leads to filetrip just fine, BUT when you go to download the file it shows up "404-Not Found." Please look into this, and if you could, please message me when it's fixed? Thanks bud
Click to expand...

It's working here, try again and maybe with different browsers.