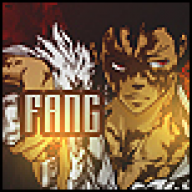 Alright so I've been searching around and so far, I cannot find the answers I'm looking for.

I've created my Theme, now I don't know where to go from here what to save it as etc. I'm a lone kid lost in the dark woods on this one.

I would appreciate a step by step, please don't link me anywhere I've tried looking in place you'll probably link me to. 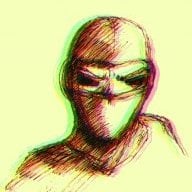 Have you tyed my site? Its going through a major update (buggy)
Reactions: chrisluna413

Your site would not help him, his looking for how to install themes, not for theme files.
...
After a little digging on your site, I take back everything, the only discussion in your forum is about this very issue

RuneFang, you need to save your theme as two files, body_LZ.bin (contains the graphical info) and bgm.bcstm (contains audio info). As to how to save them in that format, I don't know, sorry :/

Once that is done, check this thread : https://gbatemp.net/threads/chmm-custom-homemenu-manager.379349/
It is the thread of a homebrew program that will install your custom themes.

Good luck, I hope this covered everything you needed

Edit: So oddly enough, I reset my gateway and the theme had loaded up for whatever reason, it was already there so thanks for all your help guys.

Tell me, hen you save them, are the file extentions matching ? You have a .bin and a .bcstm file, right ?

Can't get to HOME menu (BSOD)

Photos of a New 3DS in the dark?