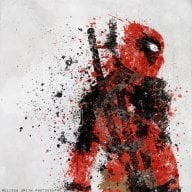 TL;DR: What FW/CFW to put on each system in order to keep the Gateway+O3DSXL and "sell" the O3DS loaded with stuff. And how...

Hello people, I have a few (ok, a lot) of questions regarding the best course of action to take...

As the title says, I have 2 O3DS systems, my ambassador 3DS XL with 9.2 that I bought since it came out and transferred from my old one; and a regular O3DS that I bought with 4.5 along with my Gateway card that I bought when Smash came out. And I just got Ocarina of Time 3D last week, if that helps.

I was busy with school and work for a long time and used both alternatively , until they released Gateway 3.0 and I found out I was able to load the gateway card from my 9.2 system using the Go! Gateway app from my phone without having to use EmuNand. I continued to use them both at the same time, but never bothered to really go back and research for better methods of loading the gateway card, I updated the EmuNand on the O3DS to 10.5 to run a few newer games and try the gateway cheats, but that's as far as I've gotten.

Now, there have been a lot of new developments that I've lost track of, and I'm completely lost as to how to proceed to install a CFW on the O3DS that I plan to give to my friend this weekend, and leave it loaded with preinstalled games and also a DS flashcard.
And at the same time, I'd like to upgrade my 3DSXL to the newest/best method for loading the gateway and possibly install some cia games directly on the SD Card, without having to make an EmuNand partition, since the memory I currently have is already filled with the ambassador games, and some legitimately bought games from the store (Which I haven't been able to use in a long time, I don't think I even have a NNID on it!)

I wrote this in a rush, will try to edit it later to make sure it's understandable, but if you somehow got it, any help is appreciated!

Hacking 3ds not booting into gateway - how to uninstall

@ KenniesNewName: The new venom sound track was ass A moment ago
Chat 3