Games, do you use and discard or do ya save em

Sooooo in a bid to maybe walk out on a lot of stashed computer wargames, which I seem unable to find time to play, I am thinking of wandering my stash o DS titles I have in storage.

Now to be clear, I have a decent handful of actual games, but it's no revelation to say I CAN have every last game ever made (most fully playable without needing to resort to convoluted dodges).

And of course a lot of these games will be the sort ya play em, finish em and move on from them.
But they are not always like that.

I'm just curious, how many here have games that they would play again, even though they have already been played through at least once.

Or do you basically play a game to death then turf it with no real regrets and no real remorse for turfing it, as it is done, and you don't expect to return to it.

I tend to mainly gravitate to games that actually have no limits on numbers of playings.
Not that games with finite play throughs are not liked by me.

I've got like 8 gigs of games to wander through with the objective being to select those I WANT to play and those I might like to play some day, but that day is not here currently. And one of the nice advantages of having access to all these files, is I am not at risk to not being able to locate them on a shelf later (although that seems unlikely some days to look at the wealth of second hand under glass at the local store). 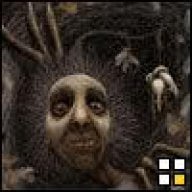 This is the reason I love Steam, someday I may be in the mood to play CS 1.6 or HL1, but I lost the CD's years ago. When I'm not playing them, and I don't have the HD space to justify having them installed, I can always download them at a later date.

I feel like I should get rid of my old games to get some money out of them, but I just can't! I love them too much!

I'll play most games in my current-gen library on decent basis. Same with PC, i'll play a random one here and there. Thanks to steam having a nice list I can choose from.
But older gen (excluding emulated games sometimes) I don't really use anymore. I have about 25-30 gamecube games just sitting on my shelf collecting dust, with only the Mega Man X collection, and the Zelda collection being used ever. Same with NES, I have a ton. But I probably stopped using my NES because it's in terrible shape.

I'm not refuting the support of Steam, because it's actually a valid observation. Although I must add, I mastered making spares of all my games long ago. If I like a game, it always gets immediately backed up and the original is stored where neither I nor fate can readily harm it.

But most of my wargames come from a company that sells no strings attached digital downloads with only a serial required to install anywhere as often as I feel like. It's hard to ever have any trouble storing games under those conditions.

Most of my wargames are due to their very nature infinitely replayable 95% of the time. It's a weird wargame that isn't.
But wargames have such a total lack of interest in moving off of PC and on to anything else.
And being stuck with a choice of sitting in front of a PC or no game, is getting old.

Which explains my interest in rebellion

Going to spend some time today pondering games I have and deciding if I really need some and have merely hoarded them on the assumption I actually WILL ever play them.