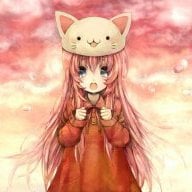 I am sure if you are reading this and you are about the age of 22 you played Super Mario 64. The game was so good that people wanted a sequel to the game, but that never happened, or did it? In 2007 Super Mario Galaxy came out and then in 2010 the sequel Super Mario Galaxy 2 came out. Both of these games were very similar to Super Mario 64. Here are some similarities long jump, backwards long jump (patched in Super Mario Galaxy 2), 3D, style of movement, jumping, collecting stars, seashells make you go faster underwater, Bowser kidnaps Princess Peach when she invites Mario, each level/galaxy has multiple missions to unlock more stars, you need a certain amount of stars to unlock levels/galaxies and bosses, games include 120 stars, and many more. Now here are some differences that MAY go against this theory bosses, levels/galaxies, the story, better graphic (SMG 1+2), has Luigi (SMG 1+2 & SM64 DS), FPS, TPS, less bugs (SMG 1+2), less glitches (SMG 1+2), and many more! Well that is why I think Super Mario Galaxy is a sequel to Super Mario 64! If you have any extra information please post below!