I attached the G6 lite to the usb stick and it was recognized by windows right away.

After using the G6-udisk manager V4.6a I was able to write some roms(Trauma Center:Under the Knife for example) into the flashcard.

Afterwards I played the games with no problem.

I putted the DS away and the next day I wanted to play again.

Then something began to happen.

The menu would load but when I choose to play Trauma Center the circle would fill up and not boot the game. So I waited for a long time then rebooted the DSLite and it had the same
effect. After rebooting it a few times I now reached a point where I would get a screen that said "Please waiting..." in the top screen along with the other text and a black bottom screen.

Once inawhile I could get the menu to load but I could not load any roms.

Thats when I deleted all roms I had on the G6 Lite. Now I was getting to the menu everytime but since I had no roms on it I couldn't do anything. If I went in to GBA mode clicking any of the options does not work. Some say Begin in green text infront of a black screen.

So now I tried to load some roms on the G6 Lite again. I uninstalled the software and reinstalled it. When I tried to write something it says "Write OK" when it dosen't even do anything, when it should take a while to transfer the rom.

So that is my problem.

* Don't remove your G6 Lite from the burner whilst it's plugged into your USB port.
* Ensure that the burner is pushed firmly into the USB port.
* Most importantly; make use of the 'safely remove hardware' feature within Windows.

How can I fix this and how can I use the 1 year warranty G6 Lite offers?
U

Have you also upgraded the firmware on the loader to 4.6A? (The loader is the flash cart) 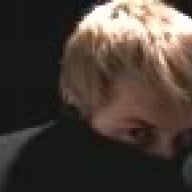 Try clearing the memory... Go into GBA Mode and press L+R+SELECT+START when the green letters come up and follow directions.
R

I am in the process of clearing the memory, formating it right now...
U

How is it going?
R

Before hand I would like to thank everyone for the help, I really do appreciate it.

OK so now I have run into another problem.

I have followed the step and have formatted it. Now I would like to know, how do I get loader back on my DS?

I am succesful in writing roms through the program but when i test it with my DSLite I am stuck at the "Please waiting screen".

I am not really sure how i should progress from here.
W

Could you be more specific?
Are you talking about the circle that starts to fill up when you start a rom?
R

yes that one, but im past that part.

If there is anything I will do it to the best of my abilities, sometimes i write quick so read over all my posts a few times...
W

Past that part? Uh, now either I'm confusing something, or you do

So, you write the roms to the cart, plug the cart into the ds, turn on the ds, you see the roms, but when you press A on a rom, it freezes on the circle thingie?
I'm asking again because in your last answer you said "but I'm past that part", but there is nothing after that, the circle fills up and the game starts.
R

, I think I confused you. Sorry.

So I described what happened in the beggining from my first post. Then I described the next actions i took from my other posts.

I did the following:

1.) Had the problem described in my original post.
2.) Formatted the G6 Lite Cart.
3.) Am now at the point where when I insert the cart and turn on the DS it shows "Please waiting..." along with the other text.

What I was wondering is what should I do now ? My cart is basically empty, all I copied to it was the folders: EMU and PDA.
Also the system update files.

Hope that clears things up !

what you are describing is what was happening in my first post. The green circle would fill up but the game would not boot.
W

Ok, you can delete those two folders if you don't need them. (saves space)
Launch the G6 Disk Manager and copy roms to the card.
After that the roms should show up in the ds, you don't have to do anything else.