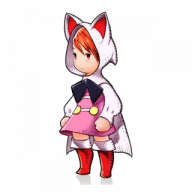 The mod includes music from all FInal Fantasy games, including the NES and SNES in their original glory (for the most part, one is a remix) as well as the non numbered titles such as Final Fantasy Tactics, Tactics Advance, and Mystic Quest.

Since it's against the rules to have a dl link of something like this, you will have to go to my YouTUbe channel here
And look up Miitopia Final Fantasy Music Replacer Demonstration and look under the description.

Cherry (Miitopia translator) : For getting me into Miitopia modding and helping me make this possible, and adding some of the songs

What other mod have you done before this one?

NANASHI89 said:
What other mod have you done before this one?

Sent from my SM-T280 using Tapatalk
Click to expand...

It's on Gamebanna, under Miitopia. It's called Silent Protagonists in Battle.