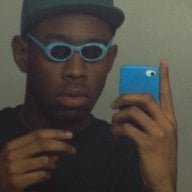 Introduction:
=============
Sad to hear the rumor of ikari stepping down, and even sadder to hear
of the profiteers taking advantage of this... we bring you a tribute
to ikari. If you paid for this, get a refund!

fbBuild is a NAND image builder made to suit freeBoot style images,
the included patches and freboot.bin core are based on the original
works done by ikari.

It is suitable to build rebooter images for all current JTAG exploit
compatible xbox 360's. As with ibuild produced images, this version
only requires a single flash 16MiB in size or larger.

How To Use:
===========
- See individual folders for lists of files to provide
- if desired provide replacement cpu and 1bl keys in text files
- open a command window in the fbBuild directory
- on the command line type, for example:

example - if you provided keys in appropriate text files

-c falcon = use falcon bl and patch set
-d myfalcon = a folder is present called "myfalcon" with per machine
files
myfalconout.bin = the file that will be produced

Note:
=====
- for those of you using donor data, the security files shouldn't pose a
problem but make sure the CPU key you use is from the machine that donated
the kv instead of the target machine you are building the image for.

Thanks and greetz to everyone who has contributed to hacking this
wonderful machine. Thanks to the engineers and countless others who made
the machine what it is... we only wish they had listened and RROD was
not a problem.


I have not tested this yet but a reputable source has. I just found this and figured it to be noteworthy. This allows us to apply the freeboot patches to the newest (as far as I know) kernal 12611. Yes that means You can use the Kinect with Jtags now.

I don't think this upload is illeagal as wasn't build with the 360's SDK. If there is a problem with it, a mod can inform me and I will remove the link. So without further ado...
http://www.megaupload.com/?d=FWFBGJS3