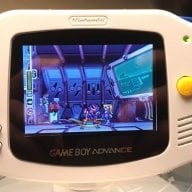 I haven't really been active on GBAtemp in years, but I come to you all now in great sorrow... For my newly purchased EZ Flash IV has a problem with its NOR memory. Let me describe the situation...


I'm at a total loss here and feel like my only option is to buy another cartridge, as I believe mine to be bricked in some way. As a side note, I've also reflashed the 2.01 firmware (EZ-Flat IV 2.01) without any difference being made.

I sincerely appreciate any responses to this thread and hope to God someone out there has a solution for this odd problem. I theorize that the patched ROM I created was "bad" in some way and thus caused a buggy save to be written to the cartridge's NOR memory, leaving it in a limbo state of disrepair.

I look forward to any and all replies! Happy Thanksgiving!
Last edited by ateam, Nov 23, 2017

Press start when in the game select menu, before you open your SD card. You’ll open up an option to wipe the whole NOR memory. This should give you your space back

8BitWalugi said:
Press start when in the game select menu, before you open your SD card. You’ll open up an option to wipe the whole NOR memory. This should give you your space back
Click to expand...

I very much appreciate your reply, however I've already tried this, as stated in the OP. Unfortunately, after hitting A when asked if I'd like to format the NOR memory, nothing happens and the prompt almost immediately disappears and I'm forwarded to the SD Card folder automatically.

I'm so grateful for having decided to try using my EZF4 in my DS Lite just for kicks, because it allowed me to not only successfully format my NOR memory, but also load other games to it, as well! I can now successfully boot ROMs both the standard way and with the NOR-method on my GBA! Praise the Lord!

PS: It appears that battery strength may have something to do with this. My two AAs in the GBA were low on juice, causing the system to display a red LED. My DS Lite, on the other hand, is fully charged. The EZF4 behaves normally with fresh batteries in my GBA, but not with the dying ones. How odd! I wonder if buying one of those rechargeable replacement battery kits for the GBA would keep this from ever happening again, or if it would only cause more problems. I'll post back if I discover an answer to that question.