Hacking Emunand slows down when hightlighting cia on HOME screen 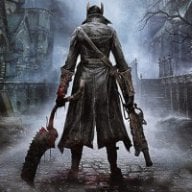 Well thing is I installed a super smash bros cia, with update and dlc cias, and it did install with no problems, and the game runs well, but I've noticed that everytime I highlight it on Home screen. there's a lag before the game is selected.

Also when installing it with BBM it would not be like all my other installations, instead of the numbers and % increasing smoothly, it would like take jumps and stop, then keep installing. It had no errors, but I did notice that when trying to highlighting the cia on bbm it would slow down a bit before the cia was selected. Just like it does on home menu. This happened all cias (Game, update and dlc)

Any ideas?. It's a bit annoying. Never happened before, and doesn't happen with any other game. And I got games with similar Size.
Last edited by YharnamBadass, Jan 22, 2016

S
Hacking Did my SD gone bad? How to go back to 4gb stock sd?