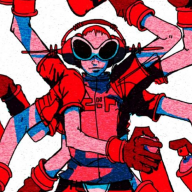 Hello everyone! Our Discord server is a server that lets you play DS Games Online after the Nintendo WFC Shutdown of 2014! We play popular DS and Wii Titles such as MKDS/Wii, Metroid Prime Hunters, Animal Crossing: Wild World/City Folk, Bomberman 2/Blast and more! Not only that, but we have some fun bots like Tom Nook, who can pay you for working to get you cool ranks from the shop, and do other stuff such as the Akinator and more, and MewBot, a Pokemon Discord Bot that lets you catch Pokemon and evolve and battle with them just like you do in the real games! We also have monthly contests and tournaments for you to enjoy! Interested? Join my server at https://discord.gg/qQsSMwH
Last edited by MasterofGaming06, May 26, 2020 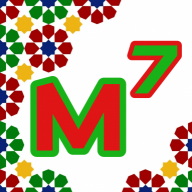 My server is better lmaoooooo

aRe YoU sUrE aBoUt ThAt

A tool for trading pokémons from rgy/gsc online just released! (by Lorenzooone, not me)

Setting the record straight on discord

@ Psionic Roshambo: Someone needs to take over a hundred or two of my Facebook girls lol 36 minutes ago
Chat 0