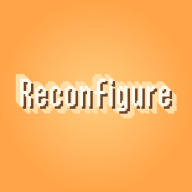 Hey GBATemp, quite some while ago I purchased an R4i Gold 3DS Plus flashcart from r4ids,cn, but after thorough testing, reformatting, and troubleshooting, I couldn't get it to work. Every time I booted it on my DSi XL, a white screen would appear without anything else displaying. So I did what all annoying customers do, and asked for a refund, which was kindly provided free of charge (thanks modchipsdirect).

This second card worked flawlessly without fail, and continues to do so. Monkey put micro sd into card, monkey put card into console, you get the deal. But this begs the question, if the same micro sd card only works when inserted into one of the cards, what's the deal with the other one?


Yes, the first card (which I will refer to as Card A), is in DS mode. No, there is no damage visible on the pcb or anywhere else on the card.

Nintendo DS Feb 1, 2021
robyspy
R
E
Hacking Why did all of my R4i Gold 3DS Plus cards start glitching and freezing at once, after 2 years?

@ kenenthk: These pills knocked me out 47 minutes ago
Chat 0