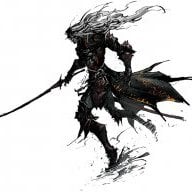 Hey everyone! Second post for today that I could not find an answer for...

Is there a way to convert a PKG Game to Folder Format? A.K.A "JB" Format?

Also, if there IS a way to do this, then how would I go about doing it and would I still need the .RAP file?

How would I go about adding the .RAP file also?

psn liberator? you'll need the klicense which requires the rap or fix.

Alright thanks a bunch. I read about PSN Liberator, but I was kind of confused about it. Hopefully I can find a decent video on how to make this work. I have the PKG and RAP for Tokyo Jungle. Going to attempt this now.

Also, just so I understand this correctly because I am VERY new to the PS3 Hacking Scene (2 days) LOL... The RAP file I am guessing... creates a fake license for the game or something?

Alright so This seems alot easier than I thought lol. Thanks for the reply.

But I have one more question, I made a post about earlier but no one has replied yet.

I am reading the readme file that comes with PSN Liberator and it says that it can also convert PKGs of DLC and updates.

I am using PS3NetServ to play my PS3 games from my HDD on my PC, because the PS3 I have is only 80GB and I want to conserve space.

Do you know how I can add DLC to the games that I am playing?

Basically all the games I have on my HDD are either Folder Format "JB", or .ISO...

So let's say I had DLC for one of my games already, how would I get that DLC into the game, if I am playing the games in folder format on my HDD in my PC with PS3 Net Serv?

I have another question.... I do not have an act.dat file on my PS3 for my username... Seeing as I have never connected to PSN to download any games. How exactly can I get an ACT.DAT? I have one in the ReActPSM Users folder on my PS3, but not on my ACTUAL Username "BLCKBLuR".

I know I can connect to PSN and download a FREE game to create an Act.Dat for my username, but won't I have issues connecting to PSN seeing as I have Rebug CFW?

EDIT: Or can I just use the ReActPSM Users Act.Dat file?

EDIT #2 : NVM, I logged into PSN and downloaded Back to the future Episode 1, for free. Getting my Act.Dat now.

But I am STILL wondering if there is a way to add DLC to Folder Format games, so I can play them WITH DLC through PS3NetSrv.
Last edited by BLCKBLuR, Oct 8, 2018

as long as the rap has been installed, just launch the game with klicense logger enabled. if you want to use reactpsn, I'm not aware of any issues with using that and logging the klicense. I've actually done it before.

godreborn said:
as long as the rap has been installed, just launch the game with klicense logger enabled. if you want to use reactpsn, I'm not aware of any issues with using that and logging the klicense. I've actually done it before.
Click to expand...

Thanks again for the reply. I am getting confused now with this whole KLicense thing. I am not sure what that is or if I NEED it. Gonna google some now, but I was originally using ReActPSN to play PKG games, until I switch to using PS3NetSrv to play games off my PC, because my PS3 HDD is only 80GB. I am still unaware of a way to install PKG games to an External HDD, so I had to use PS3NetSRv to conserve the space.

the klicense is a key buried in the eboot.bin. it's for edat and sometimes sprx files. psn liberator will ask for it when it comes across such files. you can bruteforce is on the pc, but it's time-consuming.

godreborn said:
the klicense is a key buried in the eboot.bin. it's for edat and sometimes sprx files. psn liberator will ask for it when it comes across such files. you can bruteforce is on the pc, but it's time-consuming.
Click to expand...

Alright thanks again! I just got my act.dat after installing BAck to the Future from PS Store. Copied to USB Flash Drive, and now putting onto my PC. Gonna pray that this all works out. I REALLY just want to figure out how to add DLC to Folder Format games now... So I can have the DLC on my games that I play through PS3NetSrv.

Okay seriously LAST question! You have been a huge help!!!

Liberator has a DLCs directory that it can utilize in the software. If I put the DLC I want in the game, INTO that folder, THEN I liberate the games PKG file, into a FOLDER FORMAT GAME, will the folder format game include that DLC when I go to play it?
Last edited by BLCKBLuR, Oct 9, 2018

I got everything set up, but when I click "Disc Game Folder" At the bottom of PSN Liberator, it starts converting but then I get an Unhandled Exception error.... Any ideas? I cannot find ANYTHING on google about any errors with PSN Liberator...

Hacking How to convert [Redump] Decryption Folder to FD Folder?

E
Hacking Pkg files are not showing up on PS3 menu

Hacking How to install games to an HDD?