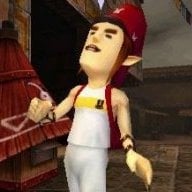 Hi everyone,
I just want to know if there is a way to create a nds hack rom with swapped screen, or just with double upper screen.


I have a nintendo ds lite converted into gameboy macro with a very old wood r4, and I found a way to play gba, gb, snes and nes emulators with that.
There are tons of games that just require only one screen, but most of the times is the upper one.

On 3ds and dsi there are some ways with Twilightmenu, but with ds lite it doesn't work because of the amr7 system. Also cheat codes doesn't work.

I know that it's stupid to find a way to play ds games on gameboy macro, because there are tons of other simpler ways and gameboy macro is for gameboy games.
But I think it could be cool to play games such as Mario Kart ds, Super Mario ds or Super Mario Bros, like Animal Crossing which is well playable with only bottom screen.
Also it could be cool to create games for Gameboy Macro,( like "Mario Kart Macro").

I want to know if there are programs that allows me to modify a nds rom in this way. 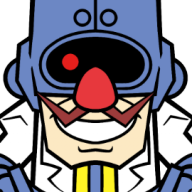 Hi Luke, I think it's doable, but the question is: is it worth it? No one is going to develop games for Gameboy Macro, yet alone for free, maybe you can do it yourself, but there's no easy way
Reactions: Shadow#1

MKDS specifically has a cheat code that will swap screens during races, just patch it into the ROM using DSATM if you can't use cheats

There was also a fairly simple hardware mod you could do
https://gbatemp.net/threads/ds-phat-screen-swap-physical-switch-top-screen-kept.542995/

Anyway you can do it in software, as mentioned above cracker made a cheat for it that works in hardware (the non working cheat might have been the earlier emulator only stuff I experimented with, go later in that thread to find the working offering) and that can be hardpatched in with something like DSATM (or cheats in general).

I doubt you are going to get a generic adder/creator like we might get for soft reset, backlight and cheats and you will have to find an individual way for individual games. Not the hardest thing as a hacker, and if you can understand what was done (short version is you need to whisper enough sweet nothings to http://problemkaputt.de/gbatek.htm#dspowercontrol in whatever game to do it) you can probably recreate it for your chosen game quickly enough.
Some will inevitably be harder -- compression, obfuscation, lack of injection points, the individual game overriding the dspowercontrol thing for its own purposes... but those might even amount to the exception.
Reactions: banjo2

I saw that the hardware mod can't be easily made in ds lite, because of the higer number of circuits that need to be changed.

I also have already tried to use the DSATM cheat patcher program made by Cracker , but when I try to patch the rom with the same codes you sent in an older thread, which worked on Desmume, the patcher stops working and crashes. I tried with mario kart ds, with the codes 14000304 00000FFF. I obtained the same result with another computer.

I have't already understood how to use the ds power control code, but I stopped following that way when I read that is only for arm9.

Another problem when I use the DSATM tool is that it doesn't allow me to copy and paste a code into it or to copy it from the clipboar or from the text file, I don't know why. It crashes when I try to load the usrcheat.dat file created with r4cce.

LukeDep said:
Another problem when I use the DSATM tool is that it doesn't allow me to copy and paste a code into it or to copy it from the clipboar or from the text file, I don't know why. It crashes when I try to load the usrcheat.dat file created with r4cce.
Click to expand...

It's to big takes up alot of ram

Ok I finally found an easy solution! I created an usrcheat file with another code that allows me to swap screen in mario kart ds when I press start+select.

and it works only on circuits

I thought the high ram requied couldn't allow me to use it in ds lite, but I was wrong.

It would be great to find codes like that for other games, but for now it's enough.
Reactions: Serph-DDS and banjo2

Gaming Nds lite freezes with and without slot1 card

@ Psionic Roshambo: Macintosh is for communists!!!! 28 minutes ago
Chat 1