It will probably come has "old" for some, but it's still hilarious.

WASHINGTON—In an unexpected reversal that environmentalists and scientists worldwide are calling groundbreaking, President George W. Bush, for the first time in his political career, openly admitted to the existence of carbon dioxide following the release of the new U.N. Global Environment Outlook this October.
Enlarge Image Bush Acknowledges

The announcement has wide-ranging implications for exhalation, club soda, and photosynthesis.

"Carbon dioxide, a molecule which contains one atom of carbon bonded with two atoms of oxygen, is a naturally occurring colorless gas exhaled by humans and metabolized, in turn, by plants," Bush told a stunned White House press corps. "As a leading industrialized nation, we can no longer afford to ignore the growing consensus of so many experts whose job it is to study our atmosphere. Carbon dioxide is real."

Because carbon dioxide, which was first described by 17th-century Flemish physician Jan Baptista van Helmont as a gas he referred to as "spiritus silvestre," has long been denied by the Bush administration, the president's speech was widely hailed as a victory for advocates of empirically established scientific fact.

"This has been a major step forward for national basic-chemistry policy," said longtime CO2 proponent and eighth-grade science teacher Linda Mattson. "By taking this brave stance, Bush has opened the door for the eventual acknowledgment that other molecular compounds, such as H20, for example, may in fact exist as well."

Many of those whom Bush has long considered to be his most loyal followers, however, have expressed disappointment with the development.

"There is nothing about any 'carbon dioxide' in the Bible," said Rev. Luke Hatfield of Christchurch Ministries in Topeka, KS. "What's next? Claims that so-called 'fossil' fuels come from mythical creatures like dinosaurs? This has been a sad step backward for our nation."

A White House spokesman was careful to categorize the announcement as "cautious," and reiterated that the president is still not ready to take any position on the existence of polar ice caps, ozone, or a controversial idea held by many scientists and often referred to as "weather."
Click to expand...

I tried taking a photo of myself doing a facepalm, but its too dark right now

This is really sad. Good thing he only has 1 year left.
M

QUOTE(Linkiboy @ Jan 4 2008 said:
I tried taking a photo of myself doing a facepalm, but its too dark right now

This is really sad. Good thing he only has 1 year left.
Click to expand...

uhh I hope you were being sarcastic because this is definitely a parody of his ignorance of evolution or global warming. 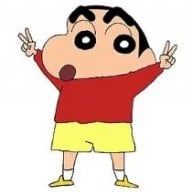 ahhHhah
I love bush! bush is so fun.