I've tried my hand, and succeeded, at repairing Xbox 360, Wii, PS3, and DS Lite consoles. I've repaired phones and iPods. I repair computers like it's second nature to me.

But, if I want to start expanding my horizons to buying/selling broken and subsequently fixed consoles, what would you say a fair price would be for me to buy a broken console and sell it fixed? Give different examples, I'd like to see what you all think for different consoles, and variations of such.

For example, I just picked up a YLOD PS3 20GB fat + 2 DS3 controllers + GH Guitar, all for $60 from a friend. Fixed the PS3 and I am now a proud owner of my first PS3 ever. I think for this whole bundle, it was a damn good price. But say, what would YLOD PS3s sell for without it, and what variations?

Depends on the condition of the console and the sellers desired price. For example, I have an Xbox 360 that has no DVD drive and no DVD drive keys, yet you can still RGH it so I figured $100 for it wasn't bad. But that's my personal preference. They usually tend to be on the lower side, though.

I'd at least sell a fixed console for 50% more than what I bought it for. Also, browse E-bay for several prices then average them out. Selling something competitively is key.

It also depends upon what warranties you offer and what methods you use- sold as seen/no warranty paint stripper reflowed 360/PS3 vs years warranty on a properly IR station redone BGA on the same is quite a different offer yet still can have the label "reconditioned console".

On the other hand fun and games with warranty returns like this and the general unreliable nature of modern electronics (I have very few kind things to say about BGAs) is why I tend to avoid selling second hand things like this and only offer "limp home/till next payday repair" services to friends and the occasional existing client for general consumer goods and only really get serious when it comes to proper legacy devices which by the way if you (as someone I guess who is largely self taught at this electronics/computer fixing gig) can get an in for* then jump in with both feet.

*so many industrial and engineering trade shops and related industries still rock a p200 or 486 or worse type device as something mission critical. 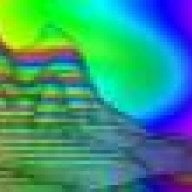 Hmm. The only thing I would caution you about is to check how much a repair is worth elsewhere to avoid being sharked.

I'm a bit sad you don't live near me, I would happily send you my DS Lite to give it some new life. It's pretty fucked up, and I need it to play me some ROM hacks