When they talked about a "Borderlands game for the Vita" I was kinda hoping for like an original game tailored for the handheld. But hey that'd take effort why do that when you can port this.

i hope a Dead space game get announced for it 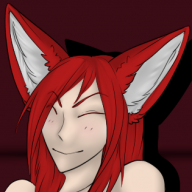 Location
The House Within the Reflection, Ryo Manor

I am excite.
D

Sony: "Gamescom is going to be a PS Vita show"
Reactions: GameWinner and Guild McCommunist 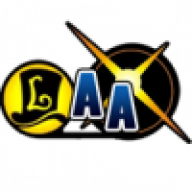 This was easily the best news of the show for me.
Can't wait to see more of it!
I'm really hoping this will push other developers to work on Vita. 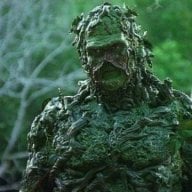 I'll buy it depending on the answer to one simple question.

Will I have to buy the DLC again?

Now this is something I can be excited for. 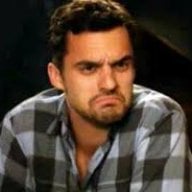 Played the xbox version a lot but will definitely be getting it for the vita. Nothing like borderlands on the go.

dragonblood9999 said:
i hope a Dead space game get announced for it
Click to expand...

did they really kill it?
where did you read/hear that?

dragonblood9999 said:
did they really kill it?
where did you read/hear that?
Click to expand...


Some news source some time ago, just after conformation of Dead Space 3 failure. They brought it upon themselfes.

borderlands2 gets a vita release and not a wii u release? oh well, there's always my modded ps3. 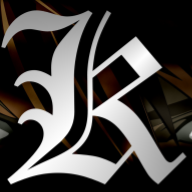 I would get it, but I stopped playing Borderlands 2 after they nerfed the Bee Shield+Conference Call combo.

I had 2 Conference Calls I would use in Berserker mode along with the Bee Shield.

The reason I used this combo was simple, I only play by myself and people like me are punished for doing so by not being able to get certain items/weapons that you can only get via the impossible for 1 player bosses.

in my current state, I can no longer kill those bosses my myself anymore, and thats when I decided I have put enough time into BL2 (I have ~148 hours according to Steam) and it was time to move on to other games.

I played the game using a GTX 470 and a GT545 as a dedicated PhysX card, so I played the whole game with the really cool PhysX effects turned on, at a enjoyable framerate (40-60 depending on area). since the Vita is a console and also lacks an Nvidia GPU, it will not have those cool effects and will be stuck with the boring normal effects.

after playing the poorly done Vita port of Jak and Daxter, I am skeptical that the Vita port of BL2 will be able to keep the framerate at an playable level (at least 30+).they are by a different developer but still, it shows what can happen when a developer does a poor job optimizing the port for the Vita's hardware.

it is possible to make Vita games that can do this. Sly Cooper: Thieves in Time did. the game played like a console game,which is what the Vita was designed for, to have a console quality experience in a portable form factor.
S

SickPuppy said:
borderlands2 gets a vita release and not a wii u release? oh well, there's always my modded ps3.
Click to expand...


Honestly, that seems surprising to me too.

I mean, could you imagine 5 people playing online? 2 people locally playing with one using the gamepad, and 3 more over the internet?

I personally think it would work the best on the WiiU, but hey, that's just my two cents, and in this day and age, 2 cents isn't worth shit.

Finally we have footage! And it looks great! But load times leave something to be desired...
http://kotaku.com/http-www-youtube-...m_source=Kotaku_Twitter&utm_medium=Socialflow

30 second load times...ehhh...though Kotaku failed to mention it was a debug Vita, so it might not be as long on a consumer Vita.

That looks so damn sexy. I already have it on PC, 360, and PS3... Time to get a Vita. It has cross-save with PS3, too, which is fucking awesome since restarting all the time is tiring.
(I keep switching platforms and with that I get a new BL2. I'm staying with PS3 from now on though.)


Are the enemies disappearing immediately after death in that footage? o.0
Reactions: chavosaur

It sure as hell won't run on a 3DS. And everything else already has BL2 on it.
N

After checking out actual footage of the game, I'm not seeing a number of the things that some other articles complained about. Of course, there was one article I read where half of the complaints seemed to stem from the fact that the tester wasn't used to holding a Vita and thus ended up pretty much continuously abusing the back touch pad functions. What wasn't mentioned was whether or not controls could be mapped differently, which I would imagine is an option. As for the load times, well, they aren't great, but I could live with them if I had to. I would prefer it if they were cut down to <10 seconds, but if not, well, the load times on Sly Cooper: Thieves in Time for the Vita were awful, and I had no issues with them.

Another thing I didn't notice was the apparently terrible slowdown when only facing even a couple of enemies. I honestly don't understand where a number of the complaints came from. The game looks good, and it seems to play well. As for the enemies disappearing after being killed: they're exploding and their loot is dropping. This was likely a concession made to lower the number of unnecessary objects on the screen and in the environment at one time. In the end, it won't make a major difference if that even ends up being the case in the final version.

For any complaints about this version, do remember: we're still a couple of months before the intended release. They still have time to smooth the edges, and I'm sure they will.

As for the footage being on a debug Vita: is there a tech difference between the two, and does it really matter in the long run?
Reactions: chavosaur

H
How Many Years Will PS Vita Consoles Last?