Essentially I have one of the newer D3-2 drives, and although I run 99% of my games off an attached HDD, I'd like to get the Wii's DVD drive "working", so I have the choice between using either/or (also want it for when friends bring over a game to play).

With that said, does anyone know which is the "best" chipset/controller board to get? I don't really care in terms of what modchip works with what controller, as I'll either just launch through a software solution, or possibly get a wasabi dx that works on all versions of the board. Really, I just don't want to get either the first or second controller board released if there were/are known issues with them, and Nintendo/the drive manufacturer fixed them (along with blocking some modchips) in later revisions of the controller board. 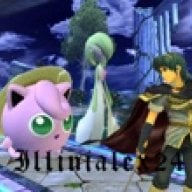 I think WODE when its released will be ideal for you.
C

illinialex24 said:
I think WODE when its released will be ideal for you.
Click to expand...

Interesting, but both USB Loader GX and WiiFlow suite my needs on the HDD side of things, and unless this fixes the issues with the newer D3-2 drives I wouldn't really gain anything. Arguably, I'd rather pick up the "best" controller board that I can, and maybe WODE will even lower the prices of the "older" modchips making it cheaper for me to get one one of those as well...as I'm happy playing off the HDD (and will continue to do so), I just want to get the DVD-ROM working as well.

EDIT: After re-reading my original post and this one, I just want to make sure it's clear that I want to replace the dvd controller board on my D3-2 drive with an older/hackable one, and that I'm not asking about modchips (although I might get one as well).