Hacking are all hacks hardware

hi im new here this is my first post

i would like to hack my sons 360 for him but im unsure on what the best hack would be
is it possible to do the hack software side only or do all these hacks involve hardware?

ive read the excellent guide how to hack your 360 and got some information but not sure about the different hacks or what would be best or indeed if i have a choice.

any help would be much appreciated
Reactions: Margen67

For slims, yes, hardware is required.
Even to dump the DVD keys to install an Xkey.

I'd go for the Xkey personally.
Easier and less of a hassle.
K

DinohScene said:
For slims, yes, hardware is required.
Even to dump the DVD keys to install an Xkey.

I'd go for the Xkey personally.
Easier and less of a hassle.
Click to expand...


thanks for the reply DinohScene that Xkey looks good, looking at just over £40 for one or about £60 with one with the remote from China,
can they be used without the remote and are they safe to use on xboxlive?

also what would be the next cheapest alternative to the xkey?

Yep, Without remote works fine enough, just use MenuISO ;]
Nope, there's no alternative for one.
There's a few out there but their unsupported.
Reactions: Kubrick
K

DinohScene said:
Yep, Without remote works fine enough, just use MenuISO ;]
Nope, there's no alternative for one.
There's a few out there but their unsupported.
Click to expand...


cheers for the info mate think i'll get one ordered and go from there
Reactions: Margen67

No prob at all~
Personally, I'd search a modshop to ask if they can extract the DVD keys, if you don't have the proper hardware or have a compatible SATA chipset.

Sorry to hijack this thread, but it makes more sense than making a new one.

I do not own a 360 but am considering a pre-owned machine. I cannot solder so I want to avoid any console and modifcation that requires soldering. According to the stickied thread, that leaves me with 1) DVD flashing or 2) ODDE such as X360Key. The latter interests me.

So I can pick up any slim 360, install the X360Key with no soldering and get USB loading? That simple? Or am I overlooking something?

Get a Shiny Slim.
Those are the easiest to dump the keys from.

If you don't have a compatible SATA chipset in your PC, you'll have to purchase a X360 USB or find someone that can dump the DVD drive for you.

Thanks. I'm not so interested in running backup DVDs to be honest, I'm more interested in USB loading. I don't mind buying the X360Key for this purpose, but I'm just worried I'll end up buying a console that cannot be used for this.

Do any of these solderless methods allow homebrew, by the way?

Nope.
Homebrew is only possible on hardware hacked 360's that can't go on Live (except Dual NANDs)

Can I get the required drive keys simply by hooking the 360 drive to a PC via SATA and extracting the key? Or would I need specal hardware?

Sorry if this is all basic stuff, but there's so many different models and drives that it's difficult to know which route to take.
Reactions: elmoemo
E

For homebrew the only option is soldering. You need a chip soldered, its only 5-7 wires I can't remember which. You need a programmer as well. All in all if you have a soldering iron you'll need less than £40 equipment (chip and programmer).
If you don't feel comfortable you might find someone locally doing it for you could be best

Yep.
If your chipset is compatible with this list. 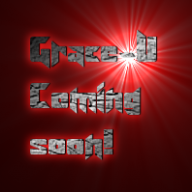 DinohScene said:
Nope.
Homebrew is only possible on hardware hacked 360's that can't go on Live (except Dual NANDs)

Can't go on live? (online)
Sorry but I have to call bullshit. I have an RGH console and have been online every night for about 2 weeks now. Mostly gtav but COD av as well.
Maybe I am lucky? Don't really know but I know I have two xbox 360 consoles. (one rgh and one just unmodded) And I have used My modded console to give my unmodded profile endless amounts of money and whatnot on gta. So I really don't know where you are coming up with saying you can't go online. Besides that if I do infact ever get banned I'll just buy a new KV and get back on.
Reactions: Subtle Demise

Without purchasing expensive services, it's impossible.
Enjoy spending tons on new KV's tho.
I won't stop you.
But for normal users, Live on RGH/JTAG consoles is impossible.

Besides, JTAG/RGH machines on Live are mostly, if not always used for cheating/modded lobbies.
Cheaters have no business on Live.

DinohScene said:
Without purchasing expensive services, it's impossible.
Enjoy spending tons on new KV's tho.
I won't stop you.
But for normal users, Live on RGH/JTAG consoles is impossible.

Besides, JTAG/RGH machines on Live are mostly, if not always used for cheating/modded lobbies.
Cheaters have no business on Live.
Click to expand...

Expensive? Hardly.
I set up my own xbl stealth server. So since I host the server at my house there isn't any real cost there.
And as I said my KV is still unbanned. (as I am online right now on gtav)
And KV files are cheap. But you can make them free if you do what the sellers do and get them from ppl you are in the lobby with.
And yes RGH for live is always about cheating. Didn't I say that in my post? Yes I did I said I gave my other account a ton of money.
I bought it because it was about the same price as a 3.5 million dollar shark card from R* and I really was struggling with making enough money fast to get what I wanted. So instead of spending money on a shark card I bought an RGH xbox. And now all my friends in my friends list also has a shit ton of money.
So well worth the investment. And right this very second I am running around in a lobby with god mode and a pistol that fires a fire rate like the mini gun but fires lock on missles. Lol, and they lock on to others in the game. Pretty cool huh? Wanna come to this lobby? "I promise I'll turn off godmode and just use a knife"
lol. Cheating is fun every once in a while. And for those that say it's not fair to others well tough shit. Of course it's not fair that's why it's called cheating.
You may be better than I am when I am legit but you stand no chance when I cheat. It's really fun to watch them try to run away. But they don't get away. Only way is to leave. lol I am sure I am getting reported but I am also sure for the last two weeks I've been reported and still am online.
Reactions: Subtle Demise and Margen67

Cheaters don't belong on Live, I keep to those words.

Luck that yer KV is still holding.
Nor do I care, even about the cheating as I barely play on Live anyway.

DinohScene said:
Cheaters don't belong on Live, I keep to those words.

Luck that yer KV is still holding.
Nor do I care, even about the cheating as I barely play on Live anyway.
Click to expand...

Just an update 3 weeks 2 days and still no ban.
Also my legit (well used to be legit) profile on my other console is also unbanned. And all my friends who have received gifts also remain un banned.
Best guess is a little less monitoring on the 360. Or my stealth server is better at hiding me? Or I happen to be the luckiest guy on earth. If it's the last one maybe I need to buy some lottery tickets?

I'm again thinking about buying a 360 tomorrow - preowned Zephyr or Falcon machine (not sure which) which are really cheap here in Japan.

If I were to buy the X360Key, do I need to be on a specific version of the dashboard? In other words, should I keep it off the internet? I won't be getting the X360Key right away, but would probably do within a couple of weeks, so I'd like to know if I should keep the console on an older dashboard.
Last edited by sj33, Jul 3, 2015

Nope, all you need is to extract the DVD key.
Doesn't matter what dash it's on.